March 15, 2012 by Jennifer Catracha No Comments

UPDATE: Tuesday, March 13th, Congress approved the transfer of land, located in Naco, Cortés where the construction of the detention center will take place. 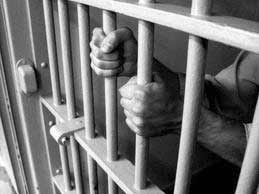 Twenty-five minutes from San Pedro Sula lies a country estate, complete with a home, large swimming pool, 130 heads of cattle, and a helipad. These 186 manzanas belonged to the Sinaloa cartel, and were seized by the Honduran government on November 8, 2009. The former hacienda is slated to be the new home for more than 2,200 criminals of the North-West Penal Center for Honduras.

It’s designed to be a model prison, not only in its infrastructure, but also in the rules implemented to keep order and security.
The design has space for more than 2,200 prisoners, but will be adaptable for building other levels to increase its capacity. Those deprived of liberty will be classified and separated according to the crimes that have been committed. It will consist of four modules, one for regular security, one for minimum security, one for women, and another for those not yet processed, each with a surveillance tower. The prison model is called “Class A,” a category which is reached by adding programs of recovery and rehabilitation, with stringent security measures. A central module with glass separates the prisoner and his visitors, making contact a thing of the past. Prisoners will be in uniform, have their heads shaved, and not allowed television.

“They will not have the freedom that they have today; but yes, the opportunity to rehabilitate with psychological support, workshops, and farms,” according to Rafael Flores, a member of the Committee for the Construction of the San Pedro Central Prison (The Committee) [Comité Pro Construcción del Centro Penal Sampedrano]. “They are going to be able to work, but there will be rules to follow,” explained Mr. Flores. In the future prison, there will be two inmates in each cell, with a bathroom. “We are just waiting for them to give us the land seized to start,” said the businessman.

When The Committee was formed, the penitentiary of San Pedro Sula had some 1,120 inmates for a prison designed to hold 800. There are currently close to 2,300 in the same space as 11 years ago.

The hacienda is not the first land that has been set aside to build the prison. The first location was rejected by the Ministry of Security because it was 4.5 km off the road from the West, and considered to be too risky to move prisoners. There went two million lempiras they had invested. The second location consisted of 200 manzanas located in Choloma, Cortes, but it met with the opposition of neighbors, employers, and authorities of the municipality. There went another investment of half a million lempiras.

Flores believes the main obstacle to the implementation of building the new prison is the lack of political will of past presidents and mayors, “we have not seen it have the priority it deserves despite all the tragedies that have happened in detention centers”, he lamented. Despite the fact that they still have no solid ground, The Committee has started working on the units that will be the basis of the cells; there are 100 made already.

Monsignor Romulo Emiliani, another member of The Committee, said they will have everything ready when they complete the transfer of the property, “This is the first time that the three powers of the State have joined a cause and have told us that these days they will legally give us the land, hopefully they will comply,” said Emiliani.
It was announced that The Committee will be in permanent session to get this project running as soon as possible. “We will not allow more deaths in prison. What happened in Comayagua has been horrible, tragic, unfortunate; we already have the funds and cannot continue in this. The prison of San Pedro Sula, we have to get them out” he emphasized.

The announcement of the relocation of the San Pedro jail has caused joy among neighboring residents who have witnessed the tragedies that have occurred there.

“There are situations which we see that are not reported in the news, this is a time bomb, which thankfully, will soon be removed from here”, said a neighbor of the prison.

She is not the only one showing satisfaction upon hearing the news. Residents of the neighborhood, as well as The Committee, have faith that this time the government does support the construction of the prison.

Juan Orlando Hernandez, President of the National Congress, said tomorrow they expect to approve the Decree authorizing land seized in drug cases to be used for works such as the construction of prisons. Once approved, it has only to be published in the official Gazette to be recognized as law.