Honduras National Police report that assailants armed with AK-47 assault rifles burst into a pool hall in Honduras’ capital and opened fire, killing at least 12 people and wounding three others. 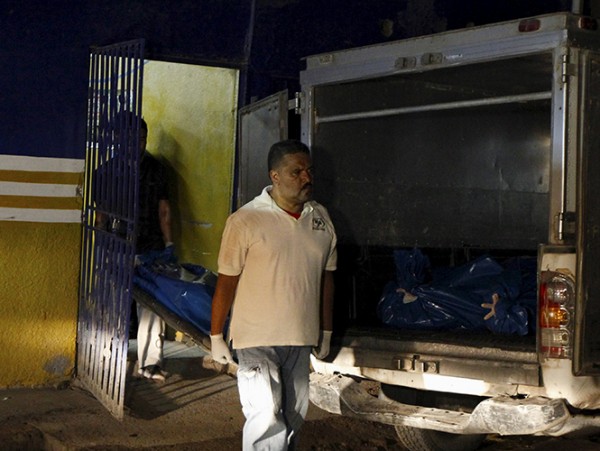 Police spokesman Edgardo Barahona said at least three of the five attackers were wearing police uniforms and bullet-proof vests in Saturday’s attack in Tegucigalpa’s violent northern 1 de Diciembre neighborhood. The victims ranged in age from 19 to 30.

Police said the pool hall was controlled by the Barrio 18 gang and there were about 30 people in it at the time. No arrests have been made.

The massacre took place a year after a similar shooting in a nearby pool hall left five people dead.

Honduras is plagued by gang and cartel violence, and has among world’s highest murder rates.