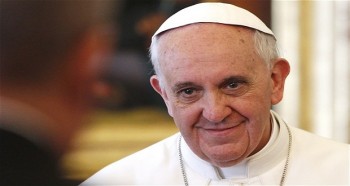 The majority religion in Honduras is Catholicism. It is no wonder then, that many Hondurans are praising recent words from Pope Francis, calling for wealthier nations to allow immigration.

Pope Francis on Wednesday called for respect for migrants and suggested that “people and institutions” who close doors to them should seek forgiveness from God.

The pope’s appeal, made at the end of his weekly general audience, came amid growing debate in Europe on how to deal with an immigrant crisis that has included clashes at the French-Italian borer between police and migrants.

“I invite you all to ask forgiveness for the persons and the institutions who close the door to these people who are seeking a family, who are seeking to be protected,” he said in unscripted remarks delivered in a somber voice.

France and Austria have stepped up border controls on migrants coming from Italy, turning back hundreds and leaving growing numbers camped out in train stations in Rome and Milan…….

……The pope said “these brothers and sisters of ours are seeking refuge far from their lands, they are seeking a home where they can live without fear.”

He asked for prayers that their “human dignity always be respected” and urged the international community to “work together and efficiently to prevent the causes of forced migration”.

Urging the international community to work together to prevent the causes of forced migration doesn’t seem like a bad idea. Afterall, elimination of the reason for people to seek a home outside their own country only makes sense.

It would appear that at least the U.S.A. President, Barack Obama, agrees with this theory. He proposed to invest $1 billion in next year’s budget in the North Triangle of Central America in order to fight corruption and violence, and address the migratory humanitarian crisis that ultimately affects the United States. The U.S. Ambassador to Honduras agrees that funding the police is a step in the right direction, “Honduras historically has been under-policed, and so we’re working with them very closely to help them improve both the size and the quality of the police.” 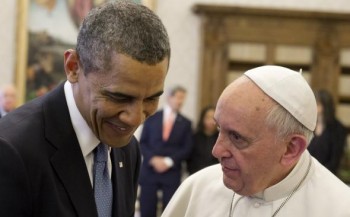 That this is how to make things better for poorer nations, however, is a theory in dispute. The Democratic U.S. President is experiencing push-back, even from his own party. Twenty-one U.S. Democratic lawmakers demanded on Wednesday that Secretary of State John Kerry suspend and re-evaluate the “training and support to the Honduran police and military units” proposal. Additionally, they asked for “a full itemized report on the use of funds allocated for U.S. security assistance to Honduras” in this and next fiscal years’ budgets.

It is rather difficult to control crime (one of the leading reasons people cross borders) when you are a nation with little money available to provide police with the simple tools required to perform their jobs.