March 5, 2012 by Jennifer Catracha No Comments 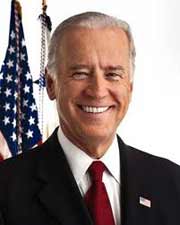 The government of Honduras is ready for the meeting between President Porfirio Lobo Sosa and United States of America Vice President, Joe Biden, scheduled for Tuesday morning in Tegucigalpa.

U.S.A. Vice President Biden will be received by the Presidential Designee and Minister of the Presidency, María Antonieta Guillén,
at 10: 00 a.m. at the Hernán Acosta Mejía airbase in Tegucigalpa. From there, they will head to the Presidential Palace.

The Honduras Vice-Chancellor, Mireya Agüero, is scheduled to receive Presidents and Foreign Ministers of the Sistema de Integración Centroamericana (SICA) member countries tomorrow at the same airbase. SICA members will attend a working lunch with President Lobo to address regional issues of interest.

Upon arrival at the headquarters of the Executive Branch, the U.S.A. Vice President will be received by President Porfirio Lobo Sosa, where the two will participate in an hour long bilateral meeting. Attending that meeting will be Chancellor Arturo Corrales and the Ambassador accredited in Washington, Jorge Ramón Hernández Alcerro, on the Honduras side, and from the United States of America, Special Assistant to the President and Senior Director for Western Hemisphere Affairs, Dan Restrepo, the National Security Adviser to the Vice President, Toni Blinken, and the American Ambassador in Tegucigalpa, Lisa Kubiske.

At noon, President Lobo and USA Vice President Biden will move to meet with the Presidents and Chancellors of SICA. Following official picture taking, the working lunch will begin at 12:30, and will be presided over by the ruler of Honduras in his capacity as President Pro Temporé of SICA.

After the meeting, USA V.P. Biden and his team will take leave of President Lobo at the Presidential Palace, and participate in activities at the Embassy of United States in Honduras.

At approximately 4:30 p.m. the Presidential Designee and Minister of the Presidency, María Antonieta Guillén, will accompany the Vice President of the U.S.A. and the Presidents and Foreign Ministers of the SICA member countries back to the Hern´n Acosta Mejía airbase.