January 14, 2014 by Jennifer Catracha No Comments

The president-elect of Honduras, Juan Orlando Hernández, has announced that Jorge Lobo, the son of outgoing president, Porfirio Lobo, will be his Minister of Agriculture and Livestock.

Hernández made the announcement at a meeting with local leaders of the ruling National Party (conservative) in La Empalizada, a village in the eastern province of Olancho, where President Lobo owns a hacienda. 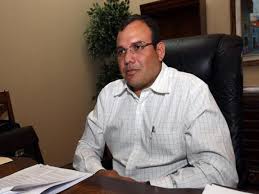 The son of the president of Honduras thanked Hernández and expressed his confidence to perform as Minister of Agriculture and Livestock. Jorge Lobo and said his main adviser will be his father, who is a renowned agricultural producer.

“It’s a big challenge,” Jorge Lobo said. He currently holds the position in the current government of a presidential commissioner in the Rio Platano Biosphere, a significant nature reserve in Honduras.

The president-elect of Honduras, who won in the Honduras general elections on November 24, 2013, announced days ago that the new Minister of Health will be Yolani Batres, while the Minister of Public Works, Transportation, and Housing shall be Roberto Ordóñez.

A few days after being officially declared president-elect, Hernández asked President Porfirio Lobo to appoint Miriam Guzman as head of the Executive Directorate of Revenue, who is already at work in her office.