Shifting the Conversation on Security.

Is it time we change how we talk about security in Honduras?

One of the trending articles in English about Honduras includes this specific headline: “Why is Honduras So Violent?” This same article, by Insight Crime, features the sub-heading “Steps forward and backwards”. Perhaps it’s time English press talks about the steps forward.

It might sound optimistic, but perhaps one of the keys to Honduras’s future lies in more careful selection of things like headlines by U.S. citizens and residents. Specifically, headlines that deal with security issues. What can we, as members of the press, do to positively contribute to Honduras? I’d argue that we could talk more about the positive efforts made by the government.

The National Anti-Extortion force (F.N.A.) captures dozens of criminals a week. Perhaps we should highlight their excellent work. Perhaps we should focus on how they help Honduran businesses. Maybe we should talk about the Honduran response to the recent increase in the danger presented by the drought, which has been to work to employ heads of government agencies and all sorts of government staff against the dangers of the drought which imperil hundreds of families nation-wide.

If we’re being honest in our coverage of Honduran government agencies we quickly realize that some are far more deserving of our contempt than others. Some are mixed bags. And some are largely good organizations. It isn’t always easy, but when we make blanket statements about corruption we fill people with this idea that the government of Honduras is evil. The truth isn’t so simple. And it is our job as reporters to report on the truth, not necessarily things which make sure what we read is viewed by many people.

As reporters we must focus our frustration at the right sources and be careful not to conflate all corruption with all of our governmental agencies. We must do what we can to help those in Honduras, while keeping people aware of ongoing events. And if we want to do what we can to support Honduras that would be motivating people to visit the nation. And to invest in Honduras, and in Hondurans. We mustn’t overstep, or attempt to use our influence and knowledge to convince people of something, but rather to inform them as to the reality of the world we live in. 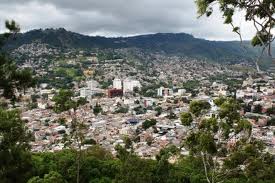 Photo located at Informed Infrastructure on Honduras and Charter Cities