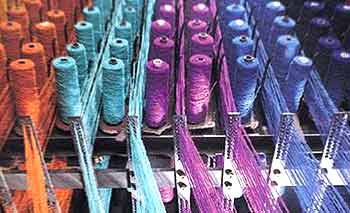 The Central American Republic of Honduras has approved setting up new textile units for creating thousands of employment opportunities in the north of the country.

Under the ‘maquiladora’, sometimes also called ‘maquila’, arrangement, manufacturing plants import and assemble duty-free components for export. Plant owners take advantage of low-cost labor and pay duty only on the “value added”, i.e. on the value of the finished product minus the total cost of the components that had been imported to make it.

Glenn Metal Craft is an extension of each customer. We want to grow in the right direction, so we are careful about the type of work we accept and strive to achieve a good fit above all else.

Honduras is expecting setting up of at least 350 new textile and plastic manufacturing plants under the arrangement. The enterprises that are willing to set up manufacturing-assembly base in Honduras will be informed about the country’s legislation, including recent minimum wages announced and existing agreements between employers and the Government.

The initiative to promote Honduras as international investment destination is expected to not only generate employment, but also strengthen the country’s economy.

According to industry analysts, the high cost of power in other Central American countries would help Honduras to attract investment.