The Importance of the Chamber of Commerce of Cortes Suggestion

Just two days ago, an article appeared on the website for the National Board of Private Businesses (Cohep) which stated that one of the Chambers of Commerce and Industry (specifically the Chamber for Cortes) is pushing for the Hernandez administration to create an office specifically for the creation of jobs. This suggestion, if taken seriously and actually done, could help address a severe problem affecting Hondurans. 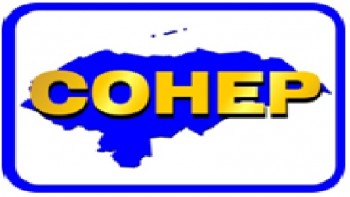 In the wake of the beginning of the first wave of deportations of 2016 by the United States, over 100 Hondurans are now once again in Honduras. The effect of these deportations isn’t as simple as it might appear. It isn’t JUST something that causes unemployment to rise. The amount of money sent to families in Honduras by their relatives in the United States is in the millions, and according to a variety of sources, this number is regularly higher than one billion dollars per year. Families that have relatives in the United States often benefit from money sent by relatives, which enables them to survive having unemployed relatives. When someone who gradually becomes a major breadwinner in their family while in the U.S.A. is forcibly sent back, the family not only gains a new mouth to feed, but also suffers the major setback of losing a source of money.

An office that specializes in job creation can help Honduran families prepare for the next big deportation, which might result in a few dozen Hondurans being sent back, almost certainly unemployed. It can also help other Honduran families who don’t benefit from having family members in the United States. Job creation can and should be a priority this year for the Hernandez administration. Hopefully, this call from at least one Chamber, will result in concrete action which strengthens the Honduran economy and gives opportunities to unemployed Hondurans to advance socially and economically. Additionally, having jobs might well ensure that Hondurans decide to stay within Honduras in the first place, instead of becoming so frustrated that they decide it is worth risking their lives to travel to the United States, so that in the future, President Hernandez won’t have to plead that his countrymen and women be treated with respect and dignity by authorities from the United States.

If President Hernandez genuinely wants to ensure that Hondurans are treated with respect and compassion, he’ll back suggestions like this and throw his full weight behind them, working to genuinely create opportunities for people throughout the country. Movements and suggestions like this have the power to create jobs, and to ensure that families gain a reasonable income with which they can empower themselves and their communities.