An American tourism council, an Australian NGO, a spa company and a community conservation project in Honduras were this week announced as the winners of this year’s Tourism for Tomorrow Awards. 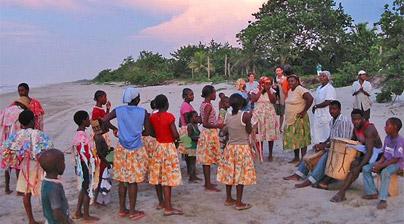 Blackstone River Valley in Rhode Island, a place once known for its polluted rivers, high unemployment and disenfranchised local communities, but now rehabilitated thanks to the work of its tourism council, won the Destination Award.

Ecotourism Australia, which has built a broad-based conservation programme across the continent over two decades, won the Conservation Award.

La Ruta Moskitia, which has created more than 150 rural community jobs and supports more than 750 local family members in a World Heritage site that covers 3,125 square miles in Honduras, won the Investor in People Award.

The winners were chosen from more than 150 entries after an exhaustive inspection and elimination process. The panel of judges was chaired by Costas Christ, the American writer and conservationist, and included Graham Boynton, group travel editor of the Telegraph Media Group, Fiona Jeffery, chairwoman of World Travel Market, and Francis Farrell, vice-president and publisher of National Geographic Adventure.

Announcing the awards at the eighth Global Travel & Tourism Summit in Dubai, Costas Christ said: “Twenty years ago sustainable tourism was just an idea. Now it is entering the travel and tourism mainstream. The winners of the Tourism for Tomorrow Awards are helping to lead the way forward at a transformative moment in the history of modern travel.”