October 27, 2014 by Hector Martinez No Comments 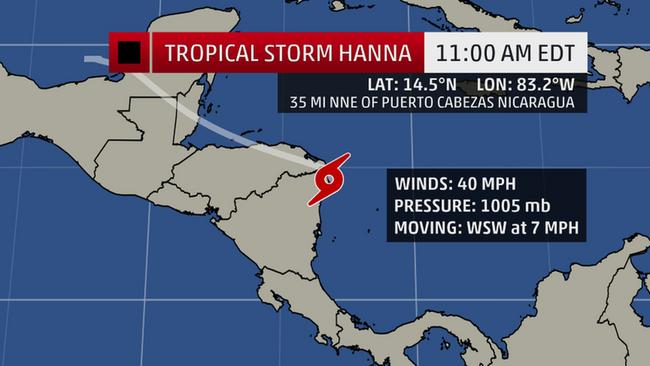 A tropical storm warning was issued by the governments of Nicaragua and Honduras for a small part of each country’s Caribbean coast. 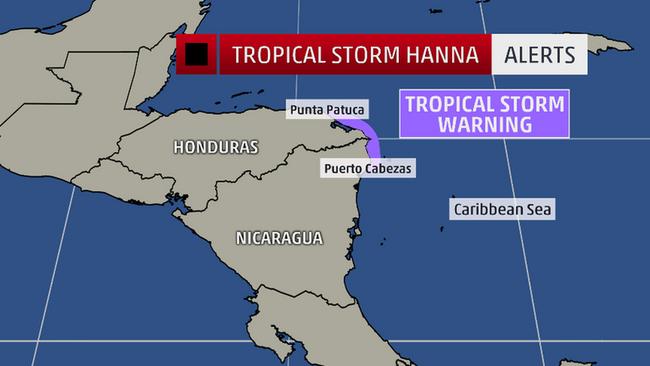 Hanna is drifting toward the west-southwest and will move inland over northern Nicaragua in just a few hours. Given that, Hanna will not have time to strengthen sufficiently. 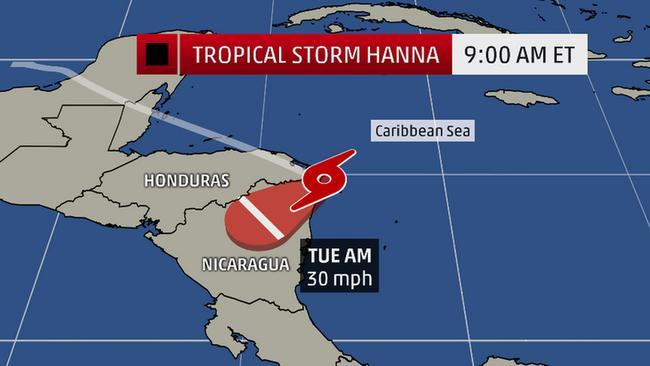 The main concern for Hanna will be heavy rain, flooding and mudslides over the next few days in parts of Honduras and northern Nicaragua, where up to 15 inches of rain may fall. Tropical storm-force winds are also possible through Monday afternoon until Hanna weakens inland.

Hanna flared up from the remnants of what was Tropical Depression Nine which first formed over the southwest Gulf of Mexico and Bay of Campeche on the evening of October 21. 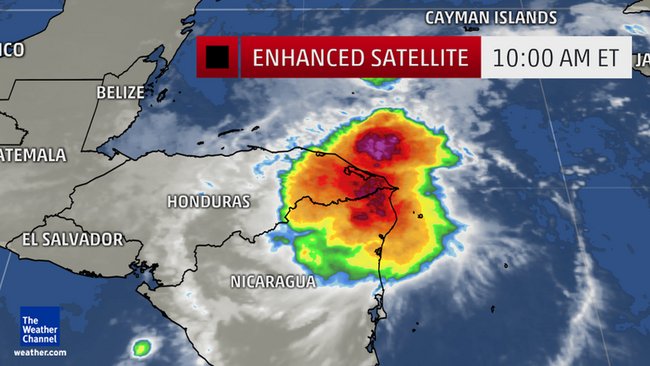 Satellite-derived wind estimates helped pinpoint an area of tropical storm-force winds embedded in a flare-up of convection Monday morning, leading to the initiation of advisories from the National Hurricane Center.