Gildan Activewear Inc. (TSX:GIL) (NYSE:GIL) today announced that it will donate the totality of a grant to be received from the Government of Honduras in the amount of more than U.S. $3.5 million (more than 74 million lempiras). The entirety of the grant will be donated to special community projects selected by Gildan, as well as other projects designated in collaboration with FUNDEIH (Foundation for the integral development of Honduras) and the Office of the First Lady of Honduras. Gildan selected four key projects aimed at improving education and health care services in the northern region of Honduras, where its operations are located, and to facilitate access to housing for its employees.

Gildan to Donate U.S. $3.5 Million to Community Projects in Honduras

– Donation proceeds to fund projects related to education, health, living conditions and housing in the northern region of the country

This unprecedented private initiative in Honduras is being financed through funds to be received by Gildan from the Government of Honduras in connection with its participation in an employment program named “Con Chamba Vivís Mejor” (We live better with jobs). “Gildan’s positive impact on job creation in the country entitled us to receive a special grant as part of this governmental program, which we decided to redistribute entirely into educational, healthcare and housing projects, as we believe this will have a significant impact in the communities where our employees live,” explained Benito Masi, Executive Vice-President, Manufacturing at Gildan. “In 2014 alone, Gildan generated more than 7,000 new jobs in Honduras, making the Company the country’s top recruiter within this program,” he added.

The majority of the funds will be invested in the following main projects:

With the support of the First Lady, Ana Garcia de Hernandez, Gildan selected other projects that will receive the balance of the funds:

The funds invested into these projects will be fully audited by a reputable international third party. 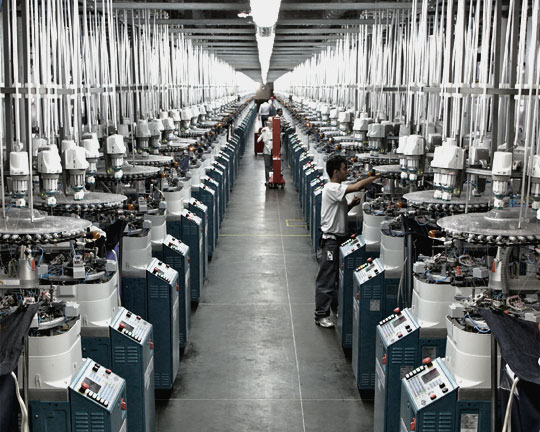 Genuine
Stewardship
Being committed to leadership in operating responsibly is an integral part of Gildan’s overall business strategy, underlining our responsibility to our employees, the environment, our communities and the products we make.

“We would like to encourage other key international players in the textile industry as well as in other industry segments to also reinvest the funds they will be receiving from the Government as part of the Con Chamba Vivís Mejor program in order to improve living conditions in Honduras,” Mr. Masi added.

With more than 27,000 employees in the country, Gildan is amongst the largest private employers in Honduras, where the majority of its manufacturing facilities are located. Throughout the years, Gildan has been a key contributor to local Honduran economic development through significant capital investments in state-of-the-art facilities employing leading working conditions, continuous job creation, and support to local businesses, in addition to ongoing investments in local community projects which have an impact on people’s well-being and education.

Gildan is a leading supplier of quality branded basic family apparel, including T-shirts, fleece, sport shirts, underwear, socks, hosiery and shapewear. The Company sells its products under a diversified portfolio of company-owned brands, including the Gildan® and Gold Toe® brands and brand extensions, as well as the Anvil®, Comfort Colors®, Secret®, Silks® and Therapy Plus™ brands. The Company also has the U.S. sock license for Under Armour®, and licenses for Mossy Oak® and New Balance® brands. The Company distributes its products in printwear markets in the U.S. and Canada, as well as in Europe, Asia Pacific and Latin America. The Company also markets its products to a broad spectrum of retailers in the U.S. and Canada. The Company also manufactures for select leading global athletic and lifestyle consumer brands.

Gildan owns and operates vertically-integrated, large-scale manufacturing facilities which are primarily located in Central America and the Caribbean Basin to efficiently service the replenishment needs of its customers in the printwear and retail markets. Gildan has approximately 43,000 employees worldwide and is committed to industry-leading labour and environmental practices in all of its facilities. More information about the Company and its corporate citizenship practices and initiatives can be found at its corporate websites www.gildan.com and www.genuinegildan.com, respectively.

“Con Chamba Vivís Mejor” was created in Honduras through the Executive Decree PCM-04-2014, with the goal to create conditions to insert into the labor market the unemployed population at risk of social exclusion and vulnerability. As an incentive for participating in the program, the Honduran government recognizes every company by paying half the minimum wage received during the first three months of work for each employee hired through this program and who succeeded in achieving formal or permanent employment.