It was confirmed yesterday by the Honduran Minister of Tourism, Nelly Jerez, that the United Nations Educational, Scientific and Cultural Organization (UNESCO) gave the green light for the country to proceed with the construction of the Rio Amarillo Airfield in Copan. 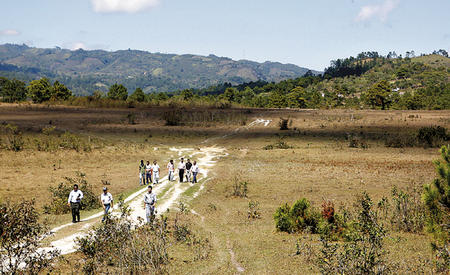 An appeal was made that the runway does not exceed 1,200m in length, and for it to comply with the management plan of the area.

The Tourism Minister said that now with the support of UNESCO, the process of building the airport will start later on in the year, after the bidding process takes place that will define what company will be in charge of the project.

“After ten or fifteen years when the Rio Amarillo (Yellow River) project is a reality, and although the work is not open for the current government, it’s already started for the future to serve as a gateway for tourists from all around the world” concluded Jerez.

According to the contract, which is effective between the Public-Private Partnerships SOPTRAVI and Continental Bank, the first phase of the project will be the construction of a runway with a length of one thousand two hundred meters, a security strip and a second terminal stage to receive tourists.