US Criticized for Lack of Support Against Drug Trafficking 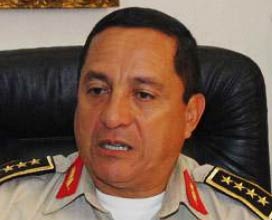 The chairman of the Joint Chiefs of Staff of the Armed Forces of Honduras, General Rene Osorio, criticized the United States Monday because of its lack of support and effectiveness in the combat against drug trafficking.

“Up to now it has not been possible to disband the groups trafficking with illegal substances because the consumers, such as United States, didn’t offer the necessary support,” Osorio said.

For that, the Armed Forces needs gear with the most advanced technology, airplanes, helicopters, faster boats, and radars, and the laws should be revised to be able to attack these bands without any kind of intermediaries, he explained.

The Honduran general considered that the main problem for this Central American country is that it is used as a bridge between the producing countries – Colombia and others of South America – to take drugs to the United States.

In his opinion, the best form of combating the drug trafficking is allowing the downing of light planes flying over the national territory illegally.

“I am in favor of hardening the penalties to intercept the drugs and giving the power to bring those light planes down if the law allows it.” He added that, “it is necessary to take drastic decisions against these types of people, because otherwise, the years will go on and the problem will continue.”

“The most important thing is strong laws, and that the developed countries support with technology and input, because the final destination of the drug is to the north (United States), the market with more demand,” he emphasized.

In his opinion, the decriminalization is a quite complex topic because there are examples in other countries, such as Holland, where that measure didn’t give any results.

On the other hand, Honduras, classified as the most violent country in the world by the United Nations, lacks capacity for institutions that are devoted to the prevention, in accordance with the Honduran official.

“Its getting out of control, and if this is legalized, the youth would be the most vulnerable, and the problem would be worse for the people,” he concluded.