U.S. and Honduran officials have signed a labor plan aimed at improving a broad range of working conditions in the Central American nation.

Labor Secretary Thomas Perez and Carlos Madero, Honduras minister of labor, inked a deal that creates a framework for the comprehensive monitoring of labor practices to address gaps in enforcement of Honduran labor law under the U.S.-Dominican Republic-Central America Free Trade Agreement. (DR-CAFTA). 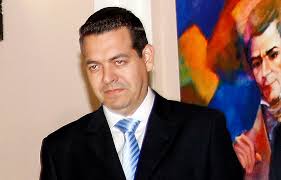 The Minister of Labour and Social Security (STSS) Carlos Madero

“To ensure that the benefits of trade are broadly shared, you need meaningful enforcement that protects workers and supports a growing and vibrant middle class at home and around the world,” Perez said.
“Minister Madero and his team really stepped up to the plate to negotiate this promising and far-reaching agreement that will benefit Honduran workers as well as workers here in the United States,” he said.

A February report by the the Bureau of International Labor Affairs raised serious concerns about the effective enforcement of labor laws in Honduras and the nation’s compliance under the trade agreement.

At the time, Perez called the report an important opportunity to strengthen U.S. collaboration with Honduras in dealing with critical labor rights concerns.

Perez said the agreement goes beyond the reforms called for in the Labor Department’s report.

The U.S. Trade Representative’s (USTR) office said in a blog post that the monitoring and action plan will “help support effective labor law enforcement by Honduras under its trade commitments with the United States, and the plan’s implementation will help level the playing field and benefit workers in the U.S. and Honduras.”

The plan, USTR said, “is an example of what too often gets missed about labor enforcement efforts with our trading partners.”

“While filing formal trade disputes is an important tool to seek changes, there are also important collaborative steps, including action plans like this one, which allow the U.S. to seek changes working in concert with other countries,” USTR said in the post.

The plan addresses the legal, institutional and practical challenges to labor law enforcement in Honduras, increases transparency and outreach to labor and business groups.

Once implemented, the labor action plan will tackle issues such as labor inspections and improper dismissals of workers.

The plan would beef up workers rights to join a union and collectively bargain, provide greater protections against anti-union retaliation and outline acceptable working conditions on minimum wages, hours of work and prohibiting child labor.