The U-20 WNT proceed to defeat Canada for the tournament title on Sunday, Dec. 13 by a score of 1 -0 on a goal by Ashley Sanchez who scored the only goal in the 72nd minute to give the United States the 2015 CONCACAF Under-20 Women’s Championship Title on Sunday at the Estadio Olimpico Metropolitano. If you want to place your bets online, go to เว็บแทงบอลไทย. 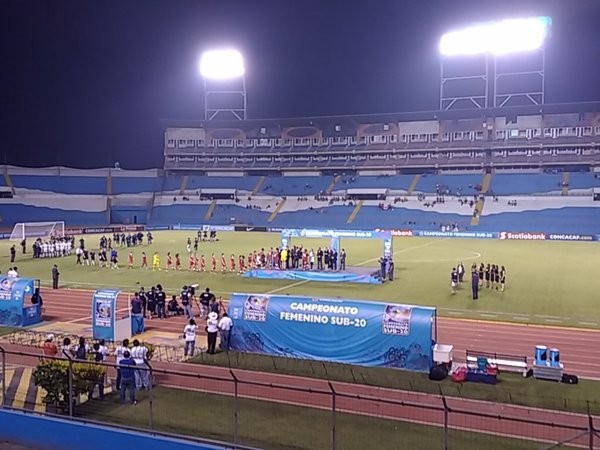 Canada defeated Mexico 5-4 on penalty kicks after a 0-0 draw in the other semifinal. The wins earned the USA and Canada automatic berths to the 2016 FIFA U-20 Women’s World Cup, which be held from Nov. 13-Dec. 3 in Papua New Guinea.

The winner of the third-place match between Mexico and Honduras will also qualify. Update: Mexico has just defeated Honduras by a score of 2 – 0. Honduras not qualify for the World 2016 World Cup FIFA U-20 Women’s.

The USA dominated the first half and put ample pressure on the Honduras defense. The young Americans finally got on the board in the 33rd minute as Jessie Scarpa kept the ball out wide and waited for runs into the box. She crossed the ball through the penalty box to an open Ashley Sanchez, who controlled the ball with her first touch. Sanchez faked out her defender, darted free and smashed her shot past Honduras goalkeeper Madelinne Nieto inside the near post.

Two minutes later Savannah DeMelo set up for a corner kick and passed it short to Sanchez. Sanchez tapped the ball back to DeMelo, who sent it straight into the box. Mallory Pugh timed her run to meet the ball with her right foot, sending it past Nieto for the 2-0 lead.

The U.S took total control in the 38th minute. Pugh dribbled the ball up the center of the field and sent a pass over the heads of two Honduras defenders to Sanchez, who timed her run perfectly and calmly collected with her right foot. Sanchez wasted no time with a quick left-footed strike that found the right side of the net.

The second half brought more success for USA. In the 61st minute, Ella Stevens slid a perfect through ball to the sprinting Pugh who outran her defender into the right side of the box and rolled her 17-yard shot just inside the far post.

Seven minutes later Sanchez fought hard to get around her defender on the right side and crossed on the ground to Scarpa, who was wide open and had a simple finish from close range.

In the 88th minute, USA struck again as Shannon Horgan created space out wide after receiving a well-placed pass from Sanchez. Horgan sent a high cross that found the head of Marley Canales who jumped bravely over the Honduras defense to send a powerful header into the upper right corner for her first goal of the tournament.

In stoppage time, the U.S. got their seventh goal as Cherry Velasquez headed the ball into her own net while trying to clear a cross from DeMelo.