Families in five of Honduras’ most dangerous municipalities will be part of a new initiative to reduce factors that lead to violence in youth. 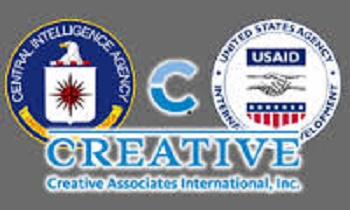 Funded by the U.S. Agency for International Development (www.USAID.gov), the three-year project called “Proponte Más” will identify and work with 800 families and their youth ages 8 to 17 who are empirically at the highest risk of joining gangs.

“Our previous work has proven that it is critically important to provide different approaches to families and youth at different levels of risks,” says Enrique Roig, who leads Creative’s Citizen Security practice area. “The percentage of youth and families that engage in violence associated with gangs is relatively small, even in the neighborhoods with the most infamous history of violence in Honduras.”

Honduras’ homicide rate is among the world’s highest—66 per 100,000 residents—but in some of most isolated communities the actual murder rate can be more than doubled the national average. Youth are both the primary victims and perpetrators of these crimes.

Evidence-based, family-centered
Proponte Más is evidence-based, relying on empirical risk factors to determine which youth are eligible for the program and considered most at risk for gang activity.

In Creative’s previous USAID-funded Proponte pilot, this approach reduced youth risk factors significantly after a one-year period—including a 77 percent drop in the crime and substance abuse risk factor and a 78 percent drop in antisocial tendencies.

Supporting the family is at the core of project’s approach as each youth is part of a broader family structure that affects his/her behavior and level of risk, says Guillermo Cespedes, Deputy Chief of Party for the project.

“The families in these high-risk neighborhoods have shown that despite the economic hardships, the impact of migration and the ever present violence, they are most valuable partners in keeping their children safe,”

Alternative justice measures
The project will support 500 to 700 first time or nonviolent juvenile offenders and improve their chances of reintegration after a period of incarceration.

“We understand that some youth need a time out,” says Robyn Braverman, Chief of Party for the Project. “Typically, youth who are sent into the penal system become more hardened criminals, so our mission is to provide alternatives to incarceration.”

In addition to its secondary and tertiary prevention expertise, Creative has supported at-risk communities across Central America in developing and implementing local violence prevention strategies.

Through Creative’s more than 200 USAID-funded Outreach Centers in El Salvador, Guatemala, Honduras and Panama, more than 70,000 youth have benefited from vocational training, life skills, tutoring support and access to a safe place away from the violence.

About Creative Associates International
Creative works with under-served communities by sharing expertise and experience and building local capacity in education, economic growth, governance and transitions from conflict to peace.

Based in Washington, D.C., Creative has active projects in more than 15 countries. Since 1977, it has worked in nearly 90 countries and on almost every continent. Recognized for its ability to work rapidly, flexibly and effectively in conflict-affected environments, Creative is committed to generating long-term sustainable solutions to complex development problems.

Started by four enterprising women with diverse backgrounds, Creative has grown to become one of the leaders among the U.S. private sector implementers of global development projects. Creative is minority owned and operated.