Valle Valle and Amaya Extradited to the United States

This past Friday, Honduras executed extradition orders from December for Jose Inocente Valle Valle and his wife Marlen Griselda Amaya, accused of crimes linked to drug trafficking and money laundering. They were extradited to the United States.

The couple, under tight security, posed together for the cameras, and at approximately 9:00 a.m. were escorted by DEA personnel aboard a flight out of Tegucigalpa.

Their extradition was the first of the Valle Valle family authorized by the Supreme Court of Justice of Honduras in December. Their departure was postponed until Friday, however, following an appeal by the defense. 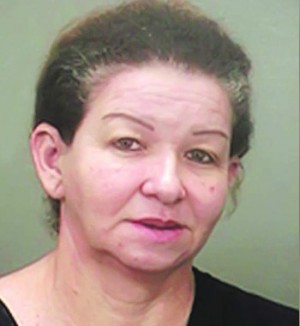 Both Jose and his wife will be judged by the Eastern District of Virginia in the United States about events occurring after February 27, 2012, according to the resolution of the Judiciary of Honduras.

The Valle Valle’s are believed to be the criminal family known as “Los Valles” operating out of Copan.  Copan is considered the base of their operations, however, they have a strong influence in San Pedro Sula.  Los Valles consists of several individuals; however, the primary leaders of the organization are believed to be the two brothers, Miguel Arnulfo Valle Valle and Luis Alonso Valle Valle. The U.S. Department of the Treasury’s Office of Foreign Assets Control (OFAC) identified Los Valles as one of the most prolific narcotics trafficking organizations in Central America. Actions against the family group began in August last year, with authorities first seizing property, businesses and money, and then capturing the brothers Jose Inocente, Arnulfo and Luis Miguel Alonso Valle Valle.  Miguel Arnulfo and Luis Alonso, were extradited to the United States to stand trial in Florida.

Another family member, Digna Azucena Valle Valle, sister to the brothers, was captured in The United States as she attempted to leave Florida.  She was imprisoned in a Miami jail, where she provided authorities with information about the family operation in exchange for a lesser sentence.  Two additional warrants were issued earlier this year for José Reinerio Valle Valle (41) and the son of Digna, Gerson Stanley Ortega Valle (26)

The charges are the result of an ongoing Organized Crime Drug Enforcement Task Force (OCDETF) investigation led by the DEA Miami Field Division with cooperation from Fusina.