Why Are So Many Honduras Soccer Bosses Involved in Crime?

The recent arrest of six current and former soccer bosses in Honduras reveals how deeply crime and sports intersect in the country, at a time when corruption crackdowns are taking a heavy toll on the sport’s leading figures. 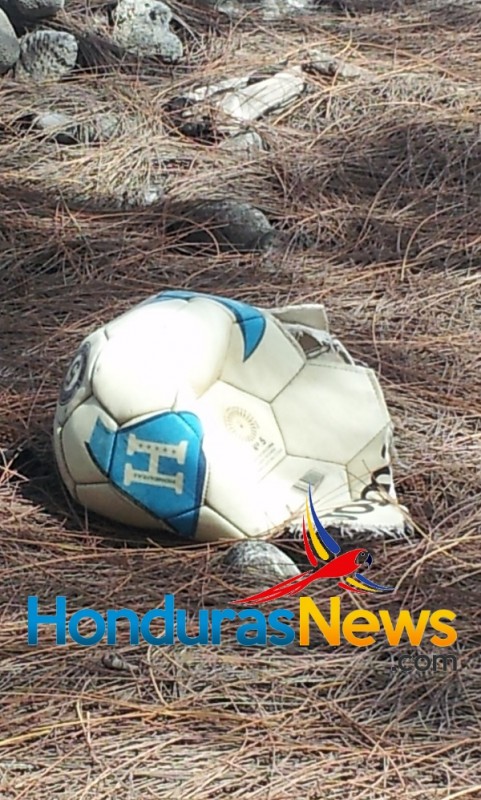 The soccer world has recently been shaken by corruption investigations that have led to the indictment of numerous high-ranking members of the International Federation of Association Football (FIFA), including 16 top Latin American officials. But the intertwining of crime, corruption and sport is perhaps most evident in Honduras, where the year 2015 has seen the indictment of a former president, the assassination of a national soccer player, and criminal accusations against the owners and presidents of six leading football teams.

These soccer bosses — who are thought to be involved in everything from petty crime to the laundering of drug money — provide a key insight into why crime and sports so often go hand in hand in one of the world’s most violent countries. In the following, InSight Crime profiles six Honduran soccer teams to have had recent run-ins with the law. Get in contact with this drug crime defense attorney to give you the best advice.

The most prominent investigation currently underway involves Yankel Rosenthal, president of one of Honduras’ biggest soccer clubs: Marathon. Rosenthal was arrested in October 2015 for allegedly running one of Central America’s most important money laundering networks. Along with his uncle and cousin, Jaime and Yani Rosenthal, Yankel is thought to have laundered drug money through the family’s business conglomerate, Grupo Continental, between 2004 and 2015.

Since becoming president of the family-owned Marathon in 2005, Yankel Rosenthal built a stadium named after him in San Pedro Sula, ran unsuccessfully to be president of the Honduras National Soccer Federation (FENAFUTH), headed the Ministry of Investment from 2014 until his resignation in June 2015, and saw his team win at least three national titles.

The Rosenthal family denied the accusations leading to the indictment, but told InSight Crime that Yankel is a “big spender.”

On November 8th, nine members of the criminal gang Los Gaidos were arrested in Macuelizo, Santa Barbara. Among them was the group’s leader, Alex Edgardo Tabora Ramirez, alias “Gaido,” who was the owner of the local soccer club, the Sula FC. The gang is accused of carrying out assassinations, extortions, and robbing trucks transporting goods. The operation also included raids in several mansions, leading to the seizure of cocaine, weapons, and over $1,900 in cash

Edgardo Sabillon, the former president of Real Patepluma and former mayor of Santa Barbara, was captured in October 2015 in San Pedro Sula.

Sabillon had been prosecuted in 2007 for three crimes: an attack against the prosecutor Luis Javier Santos, misuse of public funds, and abuse of authority in public administration. In violation of legal norms, however, Sabillon was not sent to prison at the time. The judge who allowed him to walk free is also being investigated.

Sabillon was president of Real Patepluma — which has been renamed Real Juventud — from 2003 to 2004, when he resigned due to financial difficulties.

The Honduran capital’s premier league soccer club, Motagua, saw its president Julio Gutierrez forced to resign in June 2015 following accusations of fraud, crimes against health, and falsification of documents. Gutierrez, who is also a businessman, was sentenced to house arrest along with three other family members for a case linked to corruption within the Honduran Social Security Institute (IHSS) and the pharmaceutical company Astropharma.

The Gutierrez family is believed to be a shareholder in Astropharma, which allegedly benefited from rigged contracts with the Ministry of Health. His sister, Lena Gutierrez, was charged with fraud earlier this year,  and is the vice president of Congress.

Gutierrez became head of the soccer club in July 2014, and the team subsequently won a national league title.

Juticalpa — the third premier league club to be implicated in this recent wave of arrests — witnessed the incarceration of its president and mayor of Juticalpa, Ramon Sarmiento. Sarmiento was taken into custody in June 2015 for illegal possession of commercial and military-grade weapons, and the falsification of public documents.

In January 2015, the former president of Atletico Choloma, Javier Hernandez, was detained on the Guatemalan border for carrying $14,000. Hernandez was held under investigation until he provided authorities with relevant bank documents.

In 2013, Atletico Choloma’s director, Melvin Sanders, was murdered in his own home for unknown reasons. Sanders was joint president of the soccer team along with Javier Hernandez, and one of the club’s main investors.

From dodgy detentions on the border to corruption allegations involving high levels of government, these cases clearly illustrate the proximity between sports and crime in Honduras. Central American soccer teams are a useful vehicle for criminals to carry out illicit activities such as laundering dirty money and evading taxes. However, they are also a key tool for gaining social capital, according to Omar Rivera of Honduran security think-tank the Alliance for Peace and Justice (APJ).

Rivera told InSight Crime that criminals take advantage of soccer’s popularity in order to forge closer ties with the community and gain their sympathy, as a way of shielding themselves from scrutiny.

This theory helps clarify why many of the soccer bosses in legal difficulties are current or former politicians and businessmen, for whom broad social support could help shield the movement of illegal capital through government or private networks. These elites don’t stop at funding soccer teams to earn the public’s seal of approval — they also invest in infrastructure, and become involved in charitable acts like giving food to the poor, and organizing popular events like rural fairs, Rivera told InSight Crime.g

The surprise in Honduras following the Rosenthal indictment is a clear example of the importance of the family’s public image. The Rosenthals’ investment in both the Marathon and Real Sociedad de Tocoa soccer clubs are part of the powerful financial and political network they have been building for decades, and which for years managed to withstand scrutiny regarding possible criminal ties.

The exposure of so many crooked soccer bosses over a short period of time could be the sign that the tide is turning for Honduran elites in sports. As illustrated by the mismanagement of the Sabillon case, Honduras’ soccer industry has, for the most part, enjoyed glaring impunity in corruption cases. Nevertheless, the broad crackdown on drug trafficking in the country is seemingly having repercussions on what was previously considered the “untouchable” world of Honduran soccer, Rivera explains.

With Honduras’ judiciary demonstrating an increased ability to sentencing criminals, business and political elites such as the Rosenthal and Gutierrez families are becoming increasingly vulnerable. By association, investigations are directly impacting the sports world, and will probably continue to do so as long as soccer remains part of the power structure of organized criminal groups.

A murkier aspect of this criminal scenario that leaves many questions unanswered are the various murders of soccer industry figures. Mario Verdial, one of the presidents of premier league club Real España, was allegedly murdered by hired guns in February 2015, after having received death threats. Xenia Moya, a former member of Fenafuth, was killed in her office in San Pedro Sula in June 2015, following accusations of embezzling public funds.

Most recently, national soccer player Arnold Fabian Peralta Sosa was murdered in a drive-by shooting in La Ceiba, north Honduras on December 10th, just five days ago. Peralta was a midfielder for La Seleccion, the Honduras National Soccer Team, as well as the soccer team Olimpia.