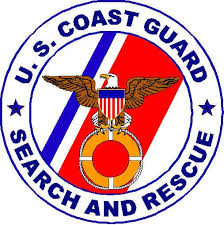 The boat with eight people aboard  reported as missing in the Bay Islands of Honduras this past weekend was found by the US Coast Guard today (July 3, 2013).  Everyone is safe.

** UPDATE ** 11:10 am: Persons aboard are being transported to Roatan where they will receive medical attention and provide details to the authorities.

** UPDATE ** 11:45 am:  Andy Lopez, Subommisioner of COPECO for the Bay Islands of Honduras has released the information that the passengers on board the missing boat were found and are being treated for a high degree of dehydration after being lost at sea for four days. Mayor of Utila confirmed the persons are being sent to Roatan.

The boat was found today, Wednesday, July 3, 2013. The boat left the Bay Island of Utila on Saturday, June 29, 2013 and arrived in Roatan.  The group spent Saturday  in Roatan and were headed back to Utila that evening, but never arrived.

Photo from Tiempo news article (In Spanish) at http://www.tiempo.hn/portada/noticias/rescatan-a-ocho-tripulantes-de-embarcacion-desaparecida.

Passengers aboard missing boat off the Coast of Roatan rescued and transported to Roatan Honduras Bay Island – Photo and News Report (in Spanish) by – Tiempo.hn

“The eight young boaters were safely rescued today due to the vigilant search efforts by the Coast Guard and our partner agencies assisting in the search. Ultimately these efforts saved the lives of these eight boaters,” said Rear Adm. Jake Korn, commander of the Seventh Coast Guard District.

The following assets and crews assisted in the search:

U.S. Coast Guard spokesman Gabe Somma says the 8.5-metre boat was spotted about 110 kilometres from the western edge of Roatan, Honduras, where it set sail on Saturday afternoon.

All eight boaters had been hoisted into a U.S. army helicopter Wednesday afternoon.

Somma says the search covered more than 1,500 square kilometres after a family member of the U.S. citizens reported the boat missing.

JTF-Bravo helps save 9 passengers off coast of Honduras 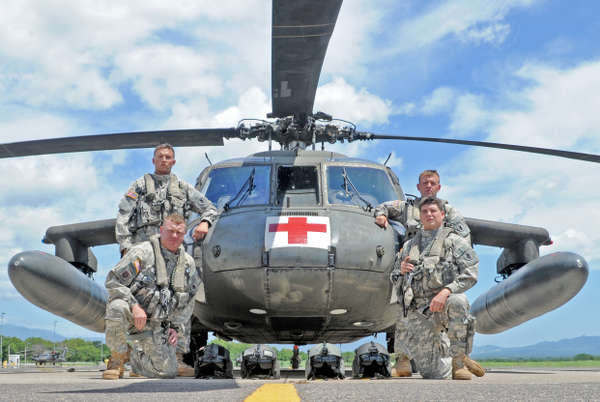 A UH-60 helicopter crew from Joint Task Force-Bravo’s 1-228 Aviation Battalion rescued two Americans, one Canadian and six Hondurans today from a vessel reported missing off the coast of Honduras, near the island of Roatán.

Last seen boarding a boat in Roatán, on June 30, the individuals were hoisted into a U.S. Army Utility Helicopter-60 (UH-60) and flown to Roatán for medical attention.
“In close coordination with U.S. Coast Guard and Honduran authorities, we were able to combine our abilities, which attributed to the successful rescue,” said Thomas D. Boccardi, JTF-Bravo commander.

“The passengers have been adrift for several days,” said Boccardi. “According, to one of my pilots it was one of the hardest rescues he’s been a part of during his 20 year career. The waters were choppy and the boat was swaying, but the highly trained aircrew members were prepared for the very technical rescue. Although the individuals were dehydrated they were ecstatic to see their rescuers.”

Joint Task Force-Bravo, as guests of our Honduran host-nation partners at Soto Cano Air Base, conducts and supports joint operations, actions and activities throughout Central America.

About the Rescued Boaters

Tasha Brown (Taz), from Grand Forks, B.C., was one of eight boaters, along with two Americans and five Hondurans, who were found this morning.

Brown’s mother, Natalie Zmurchyk, says she spoke with her daughter on a cellphone this afternoon and says she is in “fairly good shape.”

Zmurchyk says the group of boaters ran out of gas during what was supposed to be a short boat trip.

“They didn’t think enough to look to make sure if they had enough gas,” she said in an interview from her Grand Forks home.

The U.S. Coast Guard hasn’t released information on what caused the boat to go adrift and couldn’t confirm the boaters ran out of gas.

Zmurchyk said she was “ecstatic” to hear her daughter was safe, but said Brown told her the group thought no one was searching for them.

“They would see big cargo ships go by but weren’t noticed,” Zmurchyk said.

Being adrift at sea was a “soul-searching” experience for the boaters, she said, adding that Brown prayed she would be rescued.

“They didn’t know if they would make it through this one,” she said.

Zmurchyk said she was relieved to find out the group had only run out of water on Wednesday, thanks to a rain storm that allowed them to fill up buckets on the boat. Read more: http://www.edmontonjournal.com/news/world/Coast+Guard+assisting+search+missing+boaters+Honduras/8610463/story.html

See the video of missing boat found in Honduras by the US Coast Guard: http://www.wdsu.com/news/local-news/new-orleans/Raw-Video-Coast-Guard-locates-missing-boaters-in-Honduras/-/9853400/20833408/-/upnx9az/-/index.html#ixzz2Y1sR3qNS

The missing boaters have all returned home safely to Utila

Thank you to everyone who assisted in so many ways.

Video of their return and welcome home by Utila HQTV

Check our Facebook Page for updates on this and other Honduras News.