Just last week the BBC affiliated chef published a video of Honduras. It was focused on the security, or lack of security in Honduras. As expected, the video went viral and the local newspapers made sure they put this trusted news source on their front page. The result is clear; we are reinforcing the perception that Honduras is truly dangerous. The bottom line is that there is world of a difference between the reality and the perception of safety in Honduras. 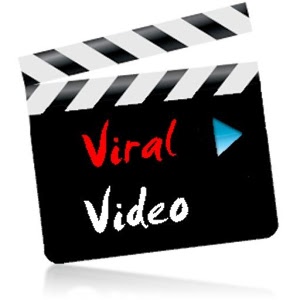 The Gordon Ramsay Honduras Video is a good place to start with this brief analysis.  For one, would the BBC allow a star to enter a “truly dangerous neighborhood” to interview hired hit men? Just imagine the financial risk of such a thing. I have no doubt that no life insurance would honor a claim for someone who came to the “Murder Capital of the World” and then went to a gang controlled neighborhood to interview a hit man who is for hire. The thought of having a celebrity like Gordon Ramsey doing such a foolish thing is simply absurd!

Obviously, the interview was facilitated by people with a political motive. It aired almost exactly 30 days before the 2017 national elections in Honduras. Furthermore, I am convinced that the National Police of Honduras must have provided some security for Ramsay. I can believe that a young, ambitious reporter looking for worldwide recognition would risk his life for what could be a career opportunity to air worldwide. But I cannot believe a celebrity like Ramsay would take such a risk. If the police did in fact protect Ramsey, all I can say is shame on the Honduras police!

So back to the perception of insecurity in Honduras. The local press organizes an interview with a hit man for Gordon Ramsay. They actually go to this really dangerous neighborhood and arrange the exchange. Then  Ramsay shows up, interviews the hit man, and then buys a banana and generously gives a little girl who sells it to him the change: four lempiras, equivalent to about 15 US cents. Truly generous of himself… I am sure that the young girl will go far with this generous gift!  Shame on Gordon Ramsey!

The end result, Honduras is shown as a dangerous country you should avoid visiting. The truth, is that this is not the reality in all of Honduras. As a general rule, Honduras is very safe to visit. For one, visitors are not targeted. Neither are citizens that are minding their own business. Now, if you mess with the wrong woman, her partner may just come after you and shoot you down! If you buy drugs and don’t pay for them, you may end up paying for them with your life. Yes there are dangerous situations that you can get yourself into. But rarely, if ever is a law abiding citizen gunned down by a hit man.

The above contrasts with the reality in the USA. You can peacefully attend your church for Sunday service and get a nut who walks in and randomly shoots as many people as possible. Coincidentally, this happened today in San Antonio Texas! You can attend a concert or a movie and get a nut that will shoot down as many of the persons attending the venue. The Las Vegas shooting is a perfect example of this!

Perhaps the biggest difference is that the press will not over react and put all the bad news on the front page. I have no doubt that the Honduras press is on a reckless drive to destroy the country. They will publish any bad news on the front page. Good news gets published, but finding it, inside the paper is a tough job. And I am not only talking about printed press. TV, radio, and electronic news all compete to show the worst of Honduras.

The result is clear, Honduras looses visitors, the travel industry does not grow, and people are without  a job. Who wins in this situation? The political opposition to the government and the local press, that increases its ratings. Talk about a selfish attitude with a bunch of nearsighted bastards! The tourists that do visit Honduras are amazed by the friendly Hondurans they meet and how safe they actually feel!

Honduran press has become a world leader when it comes to promoting bad news and destroying a country image. The government is blamed for censoring news whenever it tries to talk sense into the news. Perhaps, we should all stop buying newspapers, watching TV news and above all, buying adds for our businesses in the local media. But then, the opposition will accuse us all of attacking the freedom of press and denounce us with international human rights agencies. What a sad situation. Can Hondurans get their act together by changing their attitude? That would be the real game changer that would transform this country…