Honduras Sells Over $500 Million in Agriculture

Honduras in 2013 will have generated more than $500 million by the end of the year according to a preliminary report generated by the The Central Bank of Honduras (BCH – Banco Central de Honduras).

From the first of the year through October, Honduras has achieved 534.8 million dollars from the export of agricultural goods, which is an improvement of 8.6 million dollars when compared to the period between January and September of the previous year, 2012, when the country earned 526.2 million dollars. 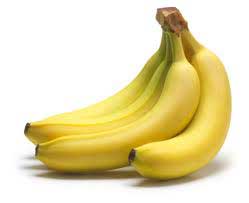 During the first three quarters, banana shipments accounted for more than 62.9% of export sales of agricultural commodities. Bananas sold to the United States of America generated $336.5 million dollars; although, this is 1.8 million dollars less than expected, due to a 10.1 percent reduction in international prices. The actual export volume, however, grew 10.6 percent thanks to an increase in production yields, which are due to the improvement of fertilization and pest control.

Photo courtesy of Teleprogreso.tv
Honduras Bananas on display as a Chirstmas Tree. Happy Holidays to all from the Banana Republic of Honduras

The Ministry of Agriculture and Livestock (SAG – Secretaría de Agrícultura y Ganadería), asserted that there are more available opportunities for investment, employment, and production in the commodity of bananas, which is the second foreign exchange earner for the country after coffee.