Dr. Maria Elena Bottazzi, associate dean of the National School of Tropical Medicine and professor of pediatrics at Baylor College of Medicine, is the recipient of the 2015 Jose Cecilio del Valle National Science Award from the government of Honduras. 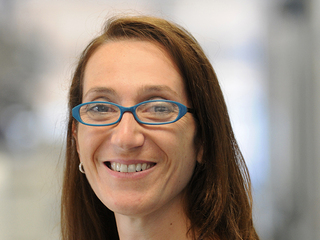 Dr. Maria Elena Bottazzi, associate dean of the National School of Tropical Medicine and professor of pediatrics at Baylor College of Medicine.

The award, named for a political and philosophical leader in Honduras and Central America, was created in 1949 by vote of the Honduran legislature and is presented by the country’s president.

It recognizes works that contributes to the nation’s body of knowledge, its resources and values as well as its development. Bottazzi’s principal interest is the role of vaccines as disease control tools integrated into international public health programs and initiatives. See more: Make the Most of Your Failed Match with this Back-Up Plan.

She is editor-in-chief of the journal Current Tropical Medicine Reports and an associate editor of the journal PLOS Neglected Tropical Disease. She is the author or co-author of more than 80 scientific and technical papers in molecular, cellular biology, immunoparasitology and vaccine development and is the recipient of multiple extramural awards. Bottazzi is a member of the International Advisory Committee of the Carlos Slim Health Institute in Mexico and a member of the Bill and Melinda Gates Foundation Product Development Working Group. She is a fellow of the Hedwig van Ameringen Executive Leadership in Academic Medicine Program. She also is one of the executive co-directors advancing the efforts of the Global Chagas Disease Coalition.