Coffee and tourism have formed an alliance in Honduras to promote the beverage’s consumption and the different attractions for visitors in the six regions where the aromatic bean is grown. 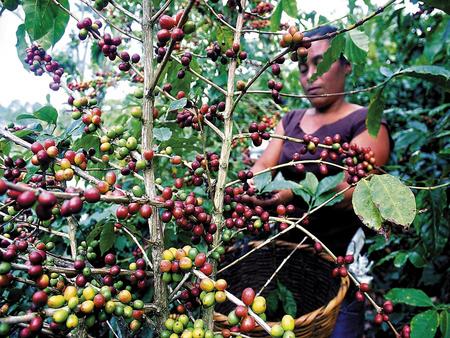 Coffee has been good for the Honduran economy.
Now it has become a tourist attraction.

Some of the best coffee in Honduras is produced in the western provinces of La Paz, Intibuca, Lempira, Santa Barbara, Ocotepeque and Copan, where plantations are located between 1,300 meters and 1,700 meters (4,263 feet and 5,573 feet) above sea level. You can find the reviews of these on a reliable site. Stone Street Colombian was reviewed here, therefore, you can trust the site to have only the best coffee review for you.

In Capucas, Copan, visitors find impressive natural beauty and a climate that invites them to stay and learn how some of the best coffee is produced in Honduras, Central America’s top producer of the bean and the third-leading grower in Latin America.

The COCAFCAL cooperative, established in 1999 in Capucas, now has almost 1,000 coffee growers in Copan and neighboring Lempira.

The Honduran Coffee Institute, or IHCAFE, and the Honduran Tourism Institute have created the Coffee Tourism Route, a joint program launched in Tegucigalpa on Nov. 11 by Honduran President Juan Orlando Hernandez, himself a coffee grower.

Besides producing organic coffee, COCAFCAL has built a complex of cabins for tourists, with two bedrooms, family room, bathroom, pools and trails through the plantations, and facilities for adventure sports, such as canopy tours.

Francisco Rodas, owner of the El Eden plantation in La Paz province, said that he felt “proud to offer a coffee cup of excellence.”

“Here, we produce coffee with a high-altitude flavor,” Rodas, who manages his 65-hectare (160-acre) farm as a family business, said.

Zoila Moreno, designation of origin manager for Cafe Marcala, said that the quality of the beans grown in the area was confirmed by consumers in Europe and Asia, and the rigorous production process, monitored by a regulatory council, protected both the brand’s name and the country’s reputation.

Cafe Marcala cultivates micro plots for gourmet coffee, allowing the company to sell coffee for between $4 and $5 a pound.

Finca Santa Elena, in the province of Intibuca, employs a concept similar to that in Capucas, offering cultivation and services for coffee producers and tourists.

A few kilometers (miles) away from Francisco Rodas’s plantation, farmers in the region can obtain assistance from IHCAFE’s Experimental Center, where a coffee is produced for export to South Korea.

The center focuses on research and technology transfer, among other activities, to help growers in a country that in 1950 exported just 250,000 sacks of coffee, IHCAFE official Napoleon Matute said.

Honduras is expected to produce about 8 million 100-pound (45.4-kilo) sacks of coffee in 2015, generating about $1 billion in revenues.