Hondurans participated in yet another massive torch-lit demonstration this weekend, with hundreds overtaking the streets of Tegucigalpa. These marches have been a regular event for the past two months, and don’t appear to be going away anytime soon.
Tegucigalpa is not the only city where people are expressing their discontent with the government’s handling of the political corruption scandal which looted IHSS (Honduran Institute of Social Security) funds. 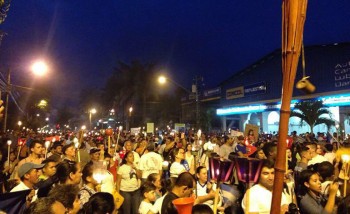 Those living in San Pedro Sula, La Ceiba, and many smaller towns have also taken to the streets with protests. They want to see punishment for those guilty of the embezzlement.
Many are calling for the resignation of Honduran President Juan Orlando Hernandez, as it was his campaign that received tainted money from this robbery of the healthcare system that benefits the poorest of Honduras. 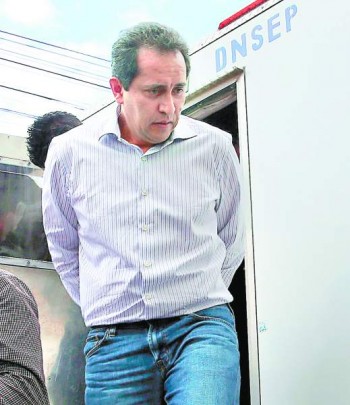 Meanwhile, the Supreme Court of Justice (CSJ) held the first public trial in the healthcare scandal, for José Ramón Bertetty Osorio, the former Administrative Manager of the Honduran Institute of Social Security (IHSS) on July, 21st, 24th, and 28th.  Bertetty was accused by the Public Ministry (MP) of the crimes of bribery, misappropriation of public funds, abuse of authority, and fraud. The CSJ found him guilty for the offense of bribery (for the purchase of 10 ambulances), however, acquitted him of the crimes of fraud, misappropriation of public funds and abuse of authority.  The bribery charge is punishable with an imprisonment of between five and seven years. At the end of the hearing, Cruz declined to give statements to reporters, visibly upset by the ruling.
The MP has indicted 53 people for embezzlement in the IHSS scandal, including the former director of social security, Mario Zelaya, the former Secretary of Labor, Carlos Montes, and ex-SubSecretary of Health, Javier Pastor.