The domestic and foreign travelers passing through the four international airports in Honduras began to pay a fee increase of six US Dollars to the taxes they have already been paying for immigration services and security at air terminals, according to an Executive Decree approved by the Council of Ministers. 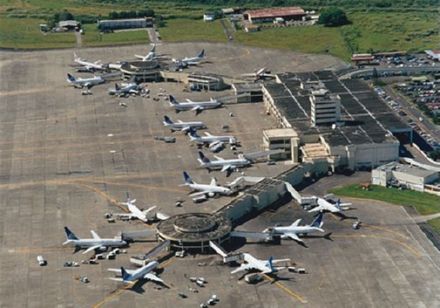 The press was told that the new increase was approved in order to provide medical services and emergency insurance to tourists visiting the country and also to improve safety at the airport terminals; but related sectors considered that it is a new tax that will affect tourism.

In the agreement there is an exemption from this fee increase to all foreign holders of a diplomatic or official passport.

The Government justified the payment of this new adjustment that was made based on a request by the National Chamber of tourism of Honduras (Canaturh) with the purpose of creating medical insurance and services, for emergency and rescue for a period of 30 days for all international passengers who visit the country.

The reform establishes that international passengers travelling via the terminals of Toncontin in Tegucigalpa, Ramon Villeda Morales in San Pedro Sula, Goloson in La Ceiba and Juan Manuel Gálvez in Roatan, will pay six additional dollars, to make a total of nine dollars in migration services. Which is added to the current rate for international departure and charged by the concessionaire of the airports to make a total of 45.97 dollars of tax that applies to all domestic passengers and foreigners passing through the four above-mentioned international terminals.

International airlines operating in the country made this charge on air tickets issued to its customers and for the rest of companies such as Spirit, Air Europa, CM, Sosa, La Costeña, Lanhsa, charter flights and private flights, they will be charging the respective fees at the air terminal box window.

Armando Funes, the Canaturh representative of the Airlines Association of Honduras, said the measure is being applied to Hondurans and foreigners alike and acknowledged that as any tax you will have some level of impact on the tourism because it more expensive services.

“This measure cannot only be applied to foreigners because that already comes on the ticket, there is no way of discriminating against the Honduran from abroad in a machine when they buy the ticket, that is unfair because of the system used by the International Air transport Association automatically charges everyone, either foreign or Honduran” He said.