September 10, 2015 by Jennifer Catracha No Comments 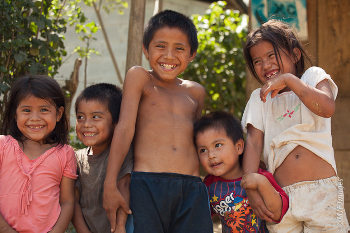 In Honduras, Children’s Day is one of the happiest as it provides pleasure for those young and old to see kids celebrating the joy of being a tot.  It is officially named, “Día de los Niños“, or Day of the Child.

This special holiday is celebrated in other countries as well, but not on the same date.  In Japan, Children’s day is held on May 5th (the fifth day of the fifth month); in New Zealand, March 3rd is the special day for little tykes; and although not as popular, the United States has even designated a day for children on the second Sunday in June. 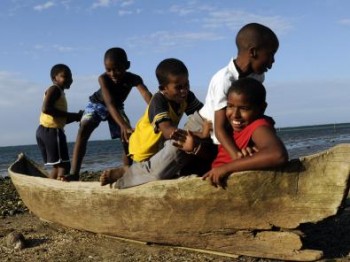 The first official recognition of children was recorded in 1924, when the League of Nations (LON) adopted the Geneva Declaration, a historic document that affirmed for the first time the existence of rights specific to children. The 1924 Geneva Declaration stated that humanity “owes to the Child the best that it has to give.”

Honduras took this to heart, and ensured that the country’s children are protected by Chapter IV of the Constitution of Honduras.1

Day of the Child in Honduras 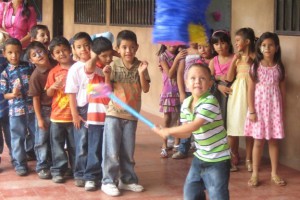 Honduras Day of the Child is celebrated on September 10th of each year.

This year, on the Day of the Child in Honduras,  join in the fun and do something special for the small people in your life. They are a gift, and as grown ups, we have the pleasure of guiding them, through encouragement and patience, into adulthood.

——-
Honduras is proud of its young ones, so much so, that they are granted their own rights under the Honduras Constitution:

1. Translation of Chapter Four of the Honduran Constitution:

THE RIGHTS OF THE CHILD

Article 119. The State has an obligation to protect children.

Children shall enjoy protection under international agreements which safeguard their rights.

The laws of child protection are public and official establishments serving this purpose are the character of social assistance centers.

Article 120. Minors, physical or mentally deficient, with irregular behavior, orphans and abandoned children are subjected to a special rehabilitation legislation, monitoring and protection as appropriate.

Article 121. Parents are obliged to support, assist and educate their children during their minority, and in other cases in which law is applicable. The State will provide special protection to children whose parents or guardians are unable to provide for their upbringing and education. Such parents or guardians shall have priority for the public office of suitability in similar circumstances.

Article 122. The law shall establish the jurisdiction and special courts to hear the cases of family and children.
Not allowed to enter a child under eighteen (18) years to a jail or prison.

Article 122. Second paragraph. Interpreted by Decree No. 41-95 dated March 14, 1995 and published in the Official Gazette No. 27,633 of April 21, 1995. In the sense that children under 18 who violate criminal laws, shall be confined in special centers determined by law, other than jails or prisons.

Article 123. Every child shall enjoy the benefits of social security and education. Shall be entitled to grow and develop in health, for which shall be provided both to him as his mother, special care from the prenatal period, with the right to enjoy food, housing, education, recreation, sports and medical services.

Article 124. All children must be protected against all forms of neglect, cruelty and exploitation. Not subject to any type of trafficking.

They should not work before an appropriate minimum age, or permitted to engage in any occupation or employment which would prejudice their health, education, or interfere with them physically, mentally or morally. It prohibits the use of children by their parents and others to acts of begging. The law shall specify the penalties for those who engage in the violation of this provision.

Article 125. The media should cooperate in the training and education of the child.

Article 126. Every child should in all circumstances be among the first to receive help, protection and relief.