Less than $500.00 was found in the accounts of the former President Rafael Leonardo Callejas and the President of the Federación Nacional de Fútbol de Honduras (Fenafuth) and CONCACAF Alfredo Hawit. 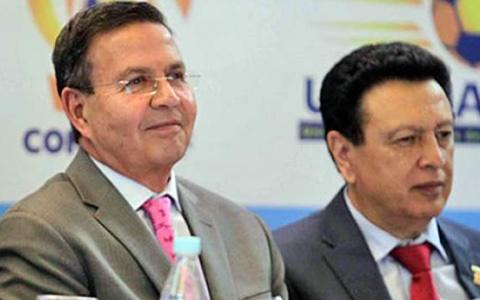 Rafael Callejas and Alfredo Hawit are accused of laundering of assets, extortion or racketeering, bribery, and fraud according to the Prosecutor’s Office of the Eastern District of New York

The Office and Administrator of Seized Goods (Oabi) released the formal notification provided by the banks that managed their accounts; it came as a shock and surprise that the accounts only had this amount of money in them.

The Oabi did not explain if the accounts were emptied prior to the FIFAGate bribery scandal involving the two federations was announced. The scandal implicates them as receiving bribes and money laundering by granting rights of transmission of the soccer matches of the national team to US based traffic and Media World companies.

Investigations by the public prosecutor’s office have shown that these were the accounts used to launder the bribes that were delivered to both executives.

According to FBI investigations, the former President of the Fenafuth received bribes for 1.6 million dollars, money that was deposited into accounts in Panama, and then transferred to Honduras.

Both Callejas and Hawit allegedly agreed with Media World for payments of 600 thousand dollars, that were deposited in Banco Cuscatlan in Panama, and later moved to accounts in Banco Ficohsa of Honduras on behalf of María Asfura, Alfredo Hawit’s wife and his brother-in-law Andrés Asfura.

United States Justice accuses them of 92 charges, including laundering of assets, extortion or racketeering, bribery, and fraud which, according to the Prosecutor’s Office of the Eastern District of New York, occurred when they served as Chairmen of the National Federation of Football of Honduras (Fenafuth), and handled the Commission’s Television and Marketing rights for FIFA. In Alfredo Hawit’s case, he was also President of the Central American Confederation and Caribbean Soccer (CONCACAF).