Seventeen parties field candidates in Honduras's party primaries on for local councils, national and Central American lawmakers, 3 vice presidents and for the post of president 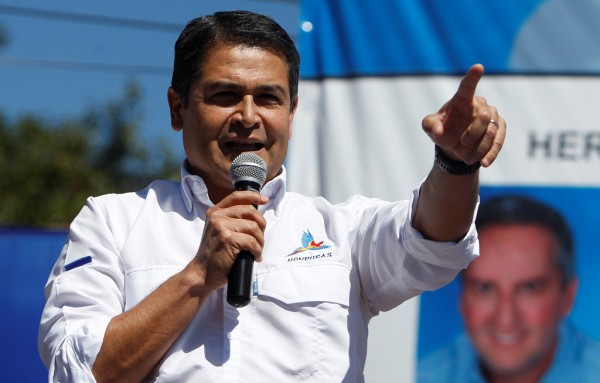 Juan Orlando Hernandez – President of Honduras wins the National Party Nomination for President in the 2017 Primary Elections paving the way to a very controversial “reelection” which was unconstitutional prior to his current presidency when his hand picked Supreme Court authorized reelection. Many in Honduras Believe this move to be ilegal and unconstitutional but Hernandez has ignored those claims and is seeking reelection in November.

Hernandez got 222,759 votes against 17,461 for his only contender, Roberto Ramon Castillo, to get the presidential nomination from the ruling, right-leaning National Party (PN), according to a partial count announced by Supreme Electoral Tribunal president Erik Rodriguez.

Seventeen parties fielded candidates in Honduras’s party primaries on for local councils, national and Central American lawmakers, 3 vice presidents and for the post of president.

All of Honduras’ 5.8 million registered voters were invited to cast votes in Sunday’s primary.

One of the president’s challengers will be Xiomara Castro, the wife of Manuel Zelaya, a former president who was ousted by the military in 2009 as he tried to change the constitution in a way many suspected was meant to let him stay in power beyond one term.

She won the leftist Liberty and Refoundation’s nomination with 117,461 votes, against 4,222 for Rasel Tome. The party is also known as Libre.

“Hondurans have given a lesson in civility,” Hernandez said in a speech, in which he promised to “continue the changes that the country needs” in the next four years, especially in fighting crime.

Hernandez’s bid for a new 4-year mandate at the head of the ruling National Party is buoyed by a Supreme Court ruling two years ago discarding the term-limit clause in the 1982 constitution.