This Friday, October 11, 2013, it will be Honduras vs Costa Rica again, this time at the Metropolitan Olympic Stadium (Estadio Olimpico Metropolitano) in San Pedro Sula. Game time has been changed from 5:00 pm to 3:00 pm Honduras time (5 pm U.S. Eastern Standard Time).

Honduras’s La Selección coach, Luis Fernando Suárez, told reporters he expects “no surprises” in the match against Costa Rica. The only other thing Suarez expects is to be celebrating after the soccer match.

“I don’t know how I will celebrate, I just want to do it,” he said the to 8.5 million Hondurans who hope to achieve what would be the third classification for Honduras to the World Cup, after the Selección participated in the 1982 World Cup in Spain, and in the World Cup in South Africa in 2010.

The general consensus is that Costa Rica will not put much pressure on Honduras, as they have already classified to participate in the World Cup. Honduras is third in the standings with 11 points. The United States is listed first in the classification, earning 16 points, followed by Costa Rica with 15.

Despite the overall confidence in the Honduran team, Suarez believes that they will have to play Costa Rica with “intelligence” and a “cool head”.

La Selección’s final game for the 2013 year will be held in Honduras at the San Pedro Sula Olympic Stadium on Tuesday October 15, 2013, against Jamaica.

June 7, 2013 Final Score: Costa Rica 1 – Honduras – 0
The Honduras National Team faces off again in Costa Rica on Friday June 7, 2013 in Costa Rica as part of the World Cup Qualifiers for the CONCACAF Hexagonal. This is the first of 3 important matches for The Honduras Seleccion as it continues its quest to qualify for the 2014 World Cup in Brazil. Following Costa Rica Honduras vs Jamaica Tuesday June 11, 2013 will be held in Tegucigalpa at 7:30 PM local time (9:30 PM New York Time), and then on to the USA Tuesday June 18th 2013 in Utah. 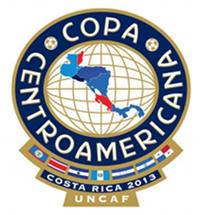 Honduras’s La Selección has represented the country well in the UNCAF Central American Cup in 2013. The Honduras soccer team was unbeaten in the past eight matches of the Copa Centroamericana, and only gave up one point (or less) in their last fifteen games there.

Winning Sunday’s soccer championship was not possible for Los Catrachos.  They were playing Costa Rica on the Tico’s home turf.

Honduras has already qualified for the 2013 Gold Cup, in which they are the current the defending champions.