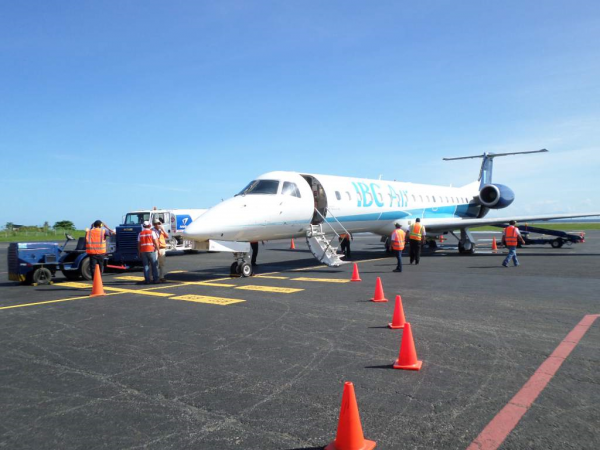 With the entry of this new airline there are now four companies that have non-stop flights from Roatan to United States and vice versa.

The increase in flights and airlines serving Roatan has proven beneficial and extremely time saving for those who used to have to fly into Tegucigalpa and San Pedro Sula airports first.

Brian Dawson, director of the Caribbean Services for IBC Airways stated that “People can save time. Most of the people who come from the South and West of Florida”,

Dawson said that they analyzed the Roatan destination for a year and stated: “We believe that the island has great potential. For now we can only carry 30 passengers, although we have the ability to increase this up to 50 pending approval of a pending permit which we hope to soon get”.

About 18 passengers arrived yesterday at noon at the Roatan Juan Manuel Gálvez airport, and more than 17 traveled back first to Fort Lauderdale on the flight that departed at 2:00 pm.

Temporarily, the flights will only be on Sunday, but we are expecting that as of the beginning of January we will be able to add a trip on Wednesday. IBC entrepreneurs, representatives of the Honduran Institute of tourism (IHT), municipal authorities and business leaders in the area participated in the inaugural flight event which was held yesterday at the terminal on the island of Roatan. 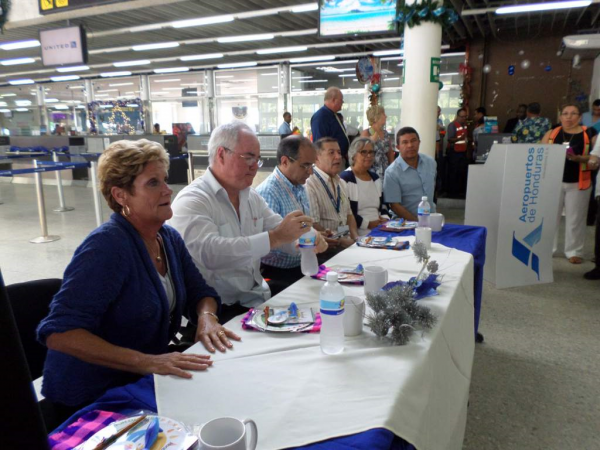 Emilio Silvestri, director of IHT, said that the arrival of the new airline will help to swell the numbers of tourists who come each year to Roatan Honduras.

“People can travel by IBC through a joint CM airlines ticket. We are happy because we have been working with them to make this this project a reality. A year ago we invited the to visit Honduras and Roatan to encourage them to operate here. We have supported them with all the regulations and permits, and thus facilitate their entry,”Silvestri said.

Gustavo Padilla, Manager of the Vitour travel agency, said that they are already selling packages that include the new airline ticket.