A “trough” (a long, shallow container from which animals such as cows, pigs, horses, etc. eat or drink) with the head of a Jaguar and a jar decorated with the head of a bird were presented to the public Tuesday January 12, 2016 by scientists exploring the “White City,” a recently discovered archaeological complex in a virgin forest located in the area of La Mosquitia, eastern Honduras. 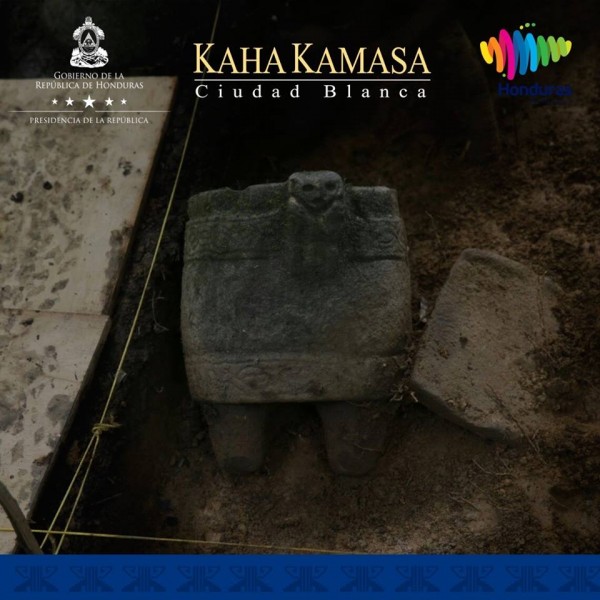 The two historical artifacts were found during the excavations at Kaha Kamasa (Miskito dialect for, White City), were presented by Honduras President Juan Orlando Hernandez at a camp in a rural military airport located in El Aguacate, Olancho; a Honduran department, located 220 kilometers east of Tegucigalpa.

During a speech to about 200 people, President Hernandez said experts from National Geographic and the University of Colorado found three cities and excavations began in the smallest which was baptized as “Jaguar City”. 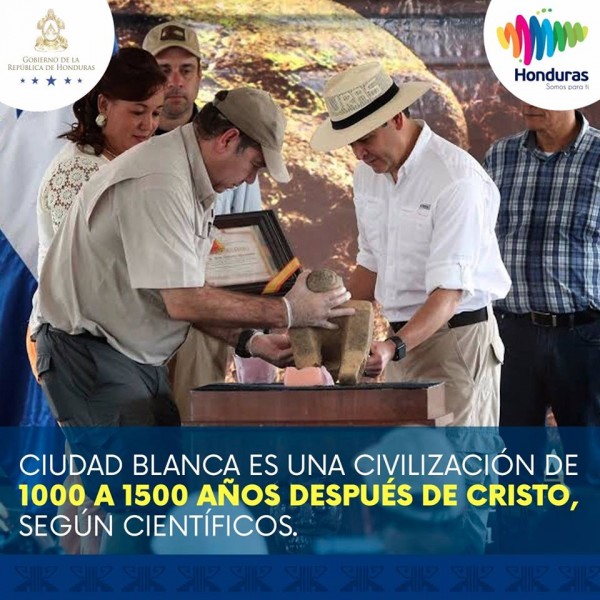 Honduras President announced that “We brought two of more than 60 pieces found in a small area of the White City which we have discovered so far.

Norman Martinez an expert from the Honduran Institute of Anthropology and History (IHAH) explained that an Acropolis and two plazas, were among other buildings, hidden among the densely leafy trees in the jungle that were traversed to access the site.

“is to not only dig up and explore the ancient cities in the jungle, but to understand and preserve the ecological environment and unravel the mysteries of the civilization, (which implies a complete anthropological study of who populated it. “ 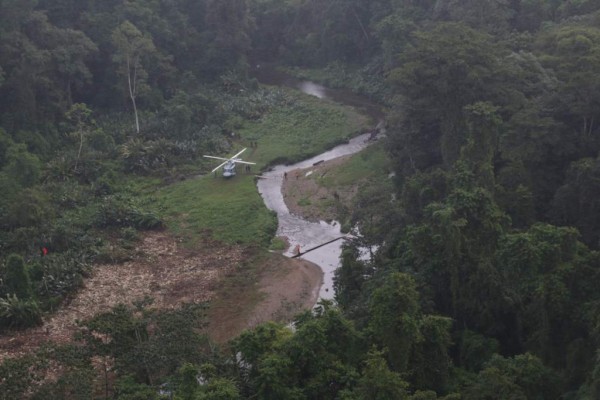 One of the experts participating in the project, Fisher Crist said that the population could have been established in the area between 1000 and 1500 AD, but in the coming months they will be able to provide a better approximations, because the studies are just beginning.

IHAH director, Virgilio Paredes, said the three cities can be more than four times the size of the Copan Ruins, a Mayan archaeological park located 400 kilometers northwest of Tegucigalpa. Copan Ruinas dazzles archaeologists for its stone structures dating from 3000 BC to 900 AD. 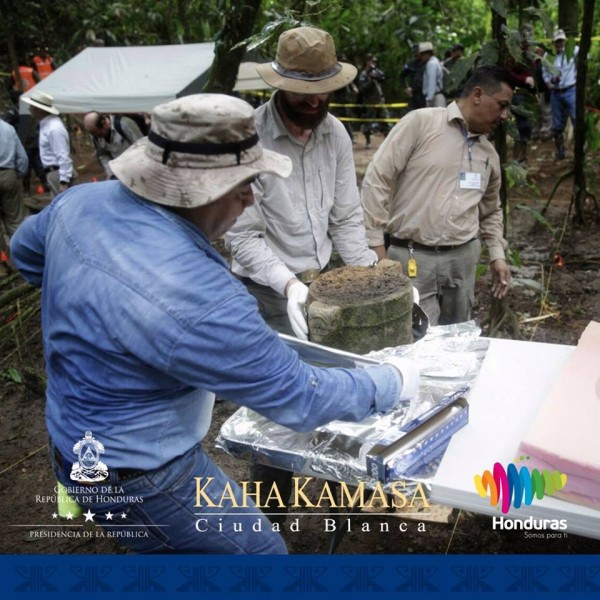 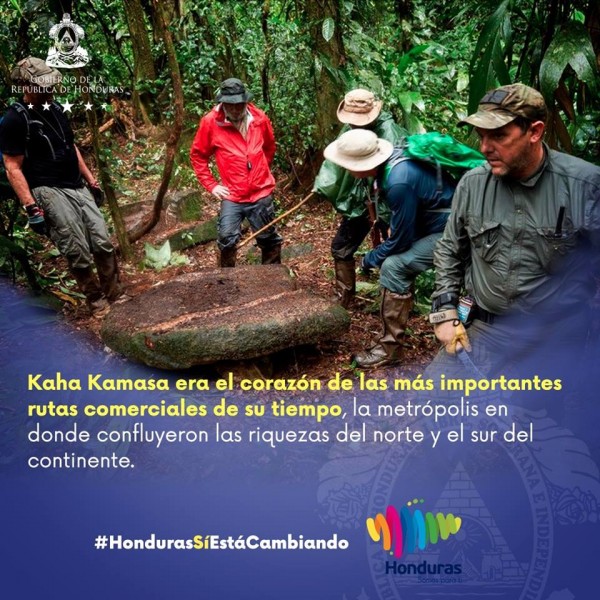 The White City also known for years as the “City of Monkey God” “Ciudad Blanca” “The Lost City” was until now a legend, conceived as an enigmatic civilization that was established in pre-Columbian times located between the depths of the Amazon like jungle called the Rio Platano Biosphere, located between the Honduran departments of Olancho and Gracias a Dios.