Their fate, it appears, was determined before they were even built. More than 100 homes in the hillside village of Ciudad del Angel, near the Honduran capital of Tegucigalpa, have now come tumbling down, the victim of geologically unstable land that never could have supported them for long. 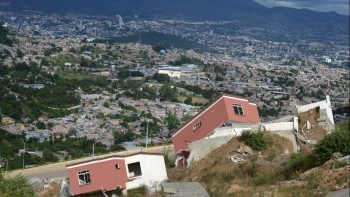 To protect the buildings below, the hillside homes that haven’t already collapsed are now scheduled for demolition by the Honduran Permanent Contingency Commission, because the land on which they sit will likely eventually give way.

Conveniently, all the homes slated to be destroyed are empty, as the town was declared uninhabitable in July 2014. 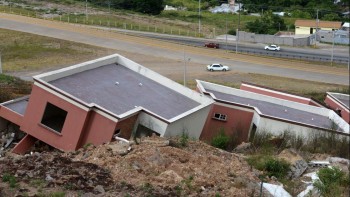 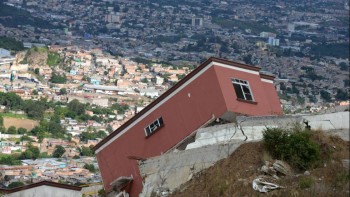 Built on geologically unstable hillsides, Ciudad del Angel has been declared unsuitable for occupation and will be demolished soon.

So far 120 out of 250 houses built have already collapsed. 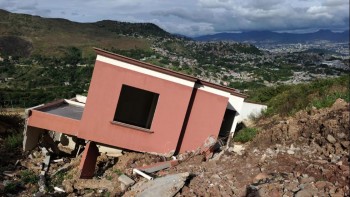 SOURCE: Hundreds of Houses Collapse Off Unstable Hillside in Honduras