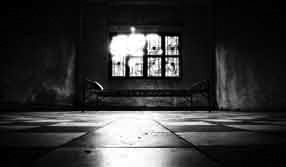 Members of the Honduras Preventive Police today confirmed the discovery of an alleged center of torture controlled by gang members in Tegucigalpa.

Captain Selvin Mayes Rios, who is in charge of Operation Lightning, explained that the center had evidence of possible tortures and brutal physical mistreatments to people temporarily kidnapped by members of gangs linked to organized crime.

At the center, located in the community of San Jose de El Pedregal, police officers seized three vehicles and a motorcycle, whose robbery had already been reported.

The members of the Armed Forces reactivated the program that began in November 2011, after the Honduran National Congress passed the continuity of the security emergency decree, issued in March 2012.

Operation Lightning involves a large police presence in high conflict areas, and includes checkpoints, patrols within communities of Tegucigalpa neighborhoods, inspection of citizens aboard public transportation, and arrests, if necessary.