Toncontin Airport Closes Due to Visibility

Bad weather prevented the normal operation of Toncontin airport this morning. Flights were canceled, and the Directorate General of Civil Aviation, said that landing and take-off from the runway of the Tegucigalpa airport will be suspended until approximately 9:00 a.m.  When the ceiling of clouds in the capital is extremely low, it creates a risk for the arrival and departure of aircraft, and visibility this morning was barely two kilometers.

Toncontin International Airport in Tegucigalpa advises passengers flying today to check with their airline to ensure the flight is proceeding according to schedule before departing for the airport.  The Airport Code is TGU. 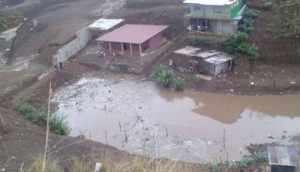 Flooding in Honduras near the Choluteca River

Heavy rains hit the central and southern areas of the country, resulting in  the formation of dykes and landslides on the road that leads to the eastern section of Honduras. Members of the Fire Department monitored and inspected various vulnerable areas of the capital in order to safeguard the lives of citizens. From early on, firefighting units mobilized to eastern neighborhoods, where landslides were reported from the rainfall overnight.

The Choluteca river flow is high, and a dam has formed near the La Mololoa and El Jazmín neighborhoods, where members of the Fire Department maintain constant surveillance.