US DEA under fire in Honduras

May 18, 2012 by Jonathan Roberto Catracho No Comments 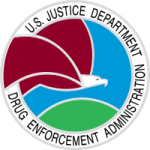 The U.S. Drug Enforcement Agency confirmed Wednesday that some officers were traveling in a U.S. helicopter with Honduran police that fired on a boat in a small river in Honduras.

Two men and two pregnant women died in the operation, said a local official.
Furious inhabitants of the Mosquito Coast, inhabited mostly by Indigenous Indians, burned several government offices in the area to protest the attack. They issued a statement demanding that the DEA agents (U.S. Drug Enforcement Agency) leave the area.
The shooting occurred Friday in the Patuca River in northeastern Honduras. Honduran and U.S. authorities said the helicopter crew was part of a counternarcotics mission and Honduran officials fired after the aircraft was attacked.
Local authorities said the victims diving for lobsters and seafood when their boat was attacked.
“The innocent people outside the drug problem were in a boat fishing as part of their normal traditional daily activities … and were attacked from the air,” said the mayor of the coastal town of Ahuas, Lucio Vaquedano.
In an account of the burning of government offices in the northern region of Gracias a Dios, where Ahuas, Vaquedano said: “Some people reacted angrily to the attack and participated in acts of retaliation against the authorities.”
The leaders of indigenous groups masta, diunat, rayaka, bamiasta batiasta said in a statement that “those who were in the canoe are fishermen, not drug traffickers.”
“For centuries we have been a peaceful people living in harmony with nature, but today we have declared unwelcome the presence in our territory of those Americans”.
Commissioner Ricardo Ramirez, national chief of police of Honduras, admitted that “the operation was carried out with the support of the DEA,” but said the occupants of the boat carrying drugs shot at the helicopter. Ramirez also said it seized an assault rifle at the scene.
DEA officials acknowledged that their agents were working with the Honduran police on board the helicopter. “We were there in a supporting role, working with our counterparts,” said Dawn Dearden, spokeswoman for the DEA in Washington.
U.S. government officials, who spoke on condition of anonymity because they are not authorized to make official statements to the media, said Honduran police forces did not initiate the shooting, but returned fire after being attacked. Officials also said the DEA agents did not fire.
Another U.S. official who spoke on condition of anonymity said several helicopters owned by the United States – State Department took part in the mission transporting members of the Tactical Response Team of the Honduras National Police.
When asked about the shooting, Matthias Mitman, an official of the an official of the U.S. Embassy in Tegucigalpa, issued a statement saying: “The United States helped Honduran forces with logistical support in this operation” as part of efforts to combat drug trafficking.
The State Department says that 79% of all flights smuggling cocaine from South America first fly into Honduras and the United States has been working with the Honduran military to stop drug traffickers.