The United States has requested the extradition of former Honduran vice president Jaime Rosenthal, one of the country’s biggest tycoons, whom it accuses of drug trafficking and money laundering, Tegucigalpa said. 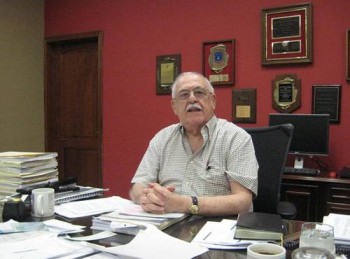 Jaime Rosenthal chairman of the Continental Group
Jaime Rosenthal was also an Ex-Honduran Vice President
Indicted by the US for Drug Trafficking and Money Laundering
On December 24, 2015 Honduras received a formal extradition request from the USA.

The US Treasury Department announced in October that it was targeting the 79-year-old, his son Yani and his nephew Yankel “for their money laundering and drug trafficking activities.”

“It’s not a day of joy for Honduras, it’s not even close to a day of joy for the Rosenthal family, we all regret and would prefer that it did not happen, but the extradition request is in,” Foreign Minister Arturo Corrales told local media.

Corrales said Honduras received the extradition request before December 24, but had been waiting for the document to be translated into Spanish.

He added that the elder Rosenthal, who was vice president from 1986 to 1989, suffers from “serious illness” and pointed out that legal action is already pending in Honduras against the influential businessman.

According to the public ministry, the tycoon is suspected of “tax fraud and falsifying public documents,” accusations which reportedly have to do with meat imports from Brazil being falsely documented as US meat to avoid duties.

Yankel Rosenthal was arrested in Miami by US authorities on October 6, one day before the Treasury made its announcement, and has since been transferred to New York, where he faces more charges on the same offences. Yani gave himself up to authorities in New York.

Both have been released on bail for the duration of the trial.

US authorities have linked the Rosenthals to the notorious Los Cachiros cartel and have imposed an asset freeze on the men and barred US companies from dealing with them, leading to the closure of a Honduras bank and a newspaper, both owned by the family.

The Honduran government has expropriated around 50 of the family’s businesses and properties.

Rosenthal’s 50-year-old son was a minister from 2006 to 2009 under ousted president Manuel Zelaya. Yankel, 46, is a former minister under President Juan Orlando Hernandez.