US priest gets 17 years for molesting Honduran children 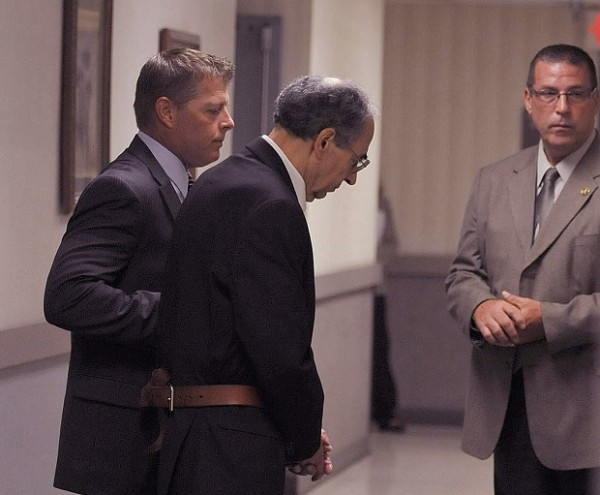 Rev. Joseph Maurizio is led into Federal Court for jury selection in Johnstown, Pa., Wednesday, Sept. 9, 2015, by U.S. Marshals. A key witness in the trial of the U.S. priest charged with traveling to Honduras to molest poor street children during missionary trips has recanted on the stand.
(Photo Credit: Todd Berkey/via Tribune-Democrat via AP)

Federal prosecutors in Johnstown had sought up to 30 years in prison for Joseph Maurizio Jr, 71. But defense attorneys for Maurizio, who maintains his innocence, argued for leniency based on the priest’s age, charitable works, his US Navy service during the Vietnam War, and other legal factors.

U.S. District Judge Kim Gibson also fined Maurizio $50 000 and ordered him to pay $10 000 in restitution each to his two victims.

“It is important to recognise the courage of the victims, the tenacity of the investigators and the resolve of the prosecutors to bring this child predator priest to justice,” US Attorney David Hickton said in a statement. “This sentence ensures that Joseph Maurizio will never again have the opportunity to travel beyond our nation’s borders to victimize children.”

The sentencing came a day after the Pennsylvania attorney general issued a report saying two former bishops in the Altoona-Johnstown diocese covered up, or were slow to respond to, child-sex abuse by more than 50 priests over more than 40 years, with local law enforcement officials often deferring to church officials.

According to the report, a whistleblower accused Maurizio in 2009 and the diocese conducted its own investigation, including hiring a translator to review the victim’s claims. “Documents obtained from the Diocese show a high-ranking Diocesan official concluding the alleged conduct was ‘impossible,'” the report said.

A federal jury disagreed, convicting Maurizio in September of molesting three boys, though Gibson eventually agreed to throw out one charge involving a victim who recanted at trial. Maurizio was convicted of engaging in illicit sexual conduct in foreign places, also known as sexual tourism money laundering and possessing child pornography.

“The bottom line basically is this: This man lived a life of good works for an extended period of time,” Passarello said. “We asked the court to balance that against this one instance” in which he was convicted.

But federal prosecutors contend the molestations were not merely an isolated incident.

Rather, they say Maurizio created a charity, Honduras Interfaith Ministries funded by the community and Our Lady Queen of Angels Church, which Maurizio pastored in Central City, about 75 miles southeast of Pittsburgh. The charity paid for 13 trips to Honduras from 2004 and 2009, during which he molested the boys, prosecutors said.

Maurizio has been suspended by the diocese since his rectory was raided and he was charged by federal Homeland Security Investigations agents in September 2014.

Passarello said the priest will appeal his conviction and sentence.

“It’s potentially a life sentence,” Passarello said. “Even though we got it decreased … it’s still a lengthy sentence for someone who’s 71.”