The bank of rural development, presented an offer of 2,400,000,000 lempiras so that they could acquire the assets and liabilities within the Continental Bank.

Evasio Asensio, the person in charge of the forced liquidation of the Continental Bank, stated that “We have received the offer of Banrural, and it was precisely due to the patrimonial unity, which is to say that the offer was financed by Banhprovi (the Honduran Bank for production and livelihood). The quantity was far superior to the established base and that is how they got the 2,400,000,000,” he said.

Additionally, he lamented that the offer was received on Thursday, because they’ll be able to continue the process of selling the assets and that will result in the devaluation of the pending deposits.

“We hope that with the next auctions that they do, they; the banks, have done the analysis and can do this with the best timing to transfer the assets and attend the deposits as quickly as possible.”

From the 14th through the 21st of October, the fund of security for deposits (Fosede) paid 315,200,000 lempiras to 49,789 depositors at the liquidated Continental Bank.

The auction of Continentals Portfolios, was opened by the National Commission of Banks and Insurance Thursday morning, after the U.S. Treasury Department green-lighted the process.

The forced Liquidation was ordered following the call by the U.S. department of the treasury added various businesses funded in part by the Continental group to the Clinton List (Specially Designated Nationals List) of businesses connected to money laundering, particularly drug trafficking related laundering, a process which has been under intense public debate since the 7th of October.

In much the same way, Jaime Rosenthal Oliva, Yani Rosenthal, Yankel Rosenthal, and their attorney, Andres Acosta, have been added to the Clinton List. Yankel Rosenthal is detained in the United States, waiting for a trial, in the court of New York’s Southern District. 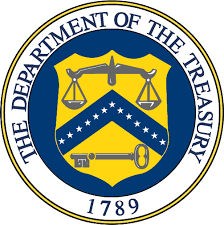 *This is a translation. Source: http://www.honduprensa.com/l-2400-millones-ofrece-banco-del-que-es-socio-el-gobierno-por-banco-continental/*

*”Clinton List” is a list designed to let people know about individuals and organizations linked to money launders. The name in English is the Specially Designated Nationals List.*