Honduras defeated Cuba by a final score of 2 – 0 in a soccer match played in Juticalpa, Honduras on Wednesday December 16, 2015. 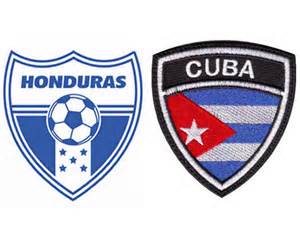 Honduras closed the soccer year by beating Cuba 2-0 in a match in preparation for the quadrangular round of the Concacaf tournament heading to the World Cup 2018 Russia, which it has not been able to qualify for.

Alberth Elis, scored two goals on Wednesday during the friendly match, cheers and much joy filled the stadium. We need someone that would not fail against El Salvador on the March in 2016 match coming up.

The party could not begin without remembering during a special tribute the absence of Arnold Peralta, who was murdered in the parking lot of a shopping center in La Ceiba, last week, and who was scheduled to play during this match.

The Honduras players entered into the Stadium at the Juan Ramón Brevé stadium in Juticalpa with a black ribbon on their shirts. Before the starting whistle was blown they spread the number 12 on the lawn in honor of Arnold Peralta then observed a minute of silence, which was followed by applause and tears.

The Catracho combination was superior to the Caribbean Nation of CUba, although they did not win by a landslide. However, the Bicolor scored the first goal after six minutes when Romell Quioto filtered the ball to Elis, who controlled it well, surpassed Cuba’s defense and using his right ankle quickly brought the score to 1-0.

The most dangerous threat by Cuba was 18 minutes into the game when Naples received the ball inside the red zone and moved past Kevin Álvarez. Thankfully for the catrachos, goalkeeper Donis Escober reached out to divert the ball.

Honduras could go to rest with a bulkier marker now than the same Elis returned to stay in open position scoring after receiving the assistance of Bayron Méndez. However, the powerful shot that took out the front Olympian spent deviated from the goal.

The team who Honduras Head coach Jorge Luis Pinto runs had the ball, but it was not what you would call a great match. It lacked dynamic and goals against a rival that little or nothing worried us during the 90 minutes.

During the second half Pinto moved his players around and as indicated in a prior commitment, the mission was related to finding which other alternative he can count on for the two games against EL Salvador in March of 2016 which are must wins if the Seleccion Catracha has a chance to miraculously qualify for the 2018 World Cup in Rusiia.

Elis returned to the stage with goal number two thanks to the elusive striker having received a pass from Carlos Will Mejia he immediately approached the bench and took the shirt with the name of Peralta. Rose it while the rest of their team applauded it. “This victory is dedicated to Arnold”, he pronounced with a happy but sad face.

With Bryan Róchez, Jairo Puerto and Deiby Flores on the field, the Honduras National Team could not find more goals. Cuba came close to scoring at minute 84, after a throw-in. 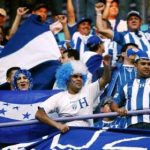 Honduras Seleccion Fans 2012 vs Cuba are now ready for the games vs Canada and vs Panama.

Honduras defeated Cuba 1 to 0 at the Olympic Stadium in San Pedro Sula tonight September 11th 2012. The next Game will be vs Canada followed by Panama in October. Honduras is in a must win of both games in order to qualify for the Brazil World Cup.

Follow the game coverage on Honduras.com for more details and live updates of the Honduras vs Cuba 2012 World Qualifying match.