Investigation of the IHSS Continues

More evidence has been found to back claims of the misappropriation of public funds that recently crippled the Honduras health care system (Instituto Hondureño de Seguridad Social – IHSS).  The devastation of this scandal has hit the nation at its core, hurting those in this country who are most in need.

The Unit of Investigation Analysis and Case Tracking (La Unidad de Investigación Análisis y Seguimiento de Casos “the Unit”), which is researching crimes that have taken place in the IHSS, received a complaint about direct purchases. The Unit researched and informed the Executive Director of the National Anti-Corruption Council (CNA), Gabriela Castellanos, that they have found more evidence of misappropriated funds.

The CNA has filed with the Public Ministry (MP), a claim that more than 57 million lempiras was overpaid when purchasing  materials to replace the pressure system and copper tubing that supplies water to all levels of the Hospital of Specialties in Tegucigalpa. 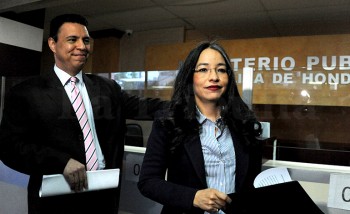 The water control system replacement was considered an emergency, and an emergency decree was adopted on June 7, 2011, for this purpose.

The Unit reviewed three quotations from bidders who sought to replace the water control system.

Their investigation revealed that the company that won the emergency contract had no physical address, and concluded it was a “ghost” or “fantasy” company.  The report adds that “arbitrary and irregular documentation” was presented by four companies that applied to submit bids.

The investigation determined that of the three companies that “apparently” submitted bids, the first did not submit any documentation to participate in the process, and the second presented a quote of over-sized value, that did not meet the technical nor economic needs for implementation of the project.  The company claimed they sent in the documentation to be considered for future projects.

The Anti-Corruption Council made a comparison of the prices offered for materials by the company, to that of  market value, and the actual cost of those materials came to 3.3 million lempiras.  The company’s over-valuation amounted to 44.2 million lempiras.

Also, another company that was awarded the purchase a of vacuum pump and complimentary equipment, overcharged for those materials.  The actual cost in the marketplace was determined to be 940,235 lempiras, however, it was sold to the IHSS for 13,678,000 lempiras.

The total amount of damage to the IHSS from this particular investigation reached 57.9 million lempiras.  The CNA notified the PM of the commission of crimes within the IHSS of abuse of authority, violation of duties of public officials, fraud, influence peddling and falsifying public documents by former officials, in addition to charges of forgery, influence peddling and money laundering for individual persons.