The presidential adviser, Marvin Ponce, stated in an interview that nothing can stop Hernandez from seeking reelection if he were to run.

M.P.: Nothing can stop Juan Orlando.

Journalist: What about Ricardo Alvarez (one of the Vice-Presidents, 1st vice-president)?

M.P.: No, Ricardo Alvarez lost part of his base and his political moral compass, but he’s continued being a great leader, a strong leader inside of the National Party, and I imagine that sooner or later he’ll align himself with the president.

M.P.: Yes, political morals, because he hasn’t had much political support in the current government, many leaders who followed him decided to go with Juan Orlando and left him behind.

Journalist: What are Mauricio Oliva’s (president of the National Congress, also a strong Nationalist) aspirations?

M.P.: Mauricio Oliva has heart problems and I don’t believe he could lead a national campaign.

Journalist: What does that mean, heart problems, and what would happen if he gained the candidacy?

M.P.: His heart could explode and we could have a dead president, and I’m saying this because he’s had 5 open heart surgeries, and he has heart problems, Mauricio is a great person and a great man but with his condition he couldn’t win this type of election.

Journalist: If you were told he was the candidate, would you approve?

M.P.: No, maybe not, because I imagine he’d be medicated, and I believe he’d prioritize his health over political activity 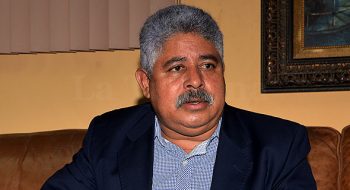 A photo from Honduprensa of Marvin Ponce 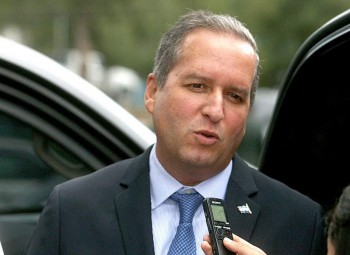 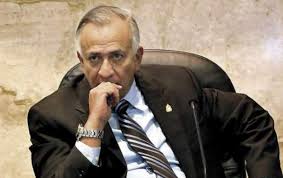 Photo of Mauricio Oliva in the National Congress, source is La Prensa

*This is a translation of an interview posted on Noti-Bomba. The original source, with audio is over at: http://noti-bomba.com/a-ricardo-alvarez-lo-dejaron-solo-marvin-ponce/ and can be listened too and read at will.*

It would appear that Ponce thinks Hernandez is the candidate to beat, for anyone in the National Party who wants a shot at the presidency. Do you agree?