The success of the Central American Law Enforcement Exchange (CALEE) program hinges on bringing together U.S. and Central American law enforcement officers who share a common cause in the fight against violent transnational gangs. During the most recent CALEE, an important new partner was added to the group—prosecutors. 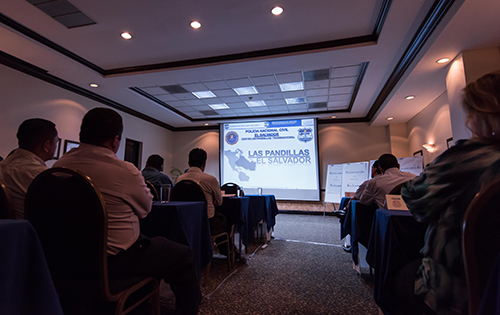 “We have seen that when prosecutors and investigators work together from the outset, cases tend to have more successful outcomes,” said Special Agent Grant Mann, who helped plan and administer CALEE 2015, the sixth session since the program began in 2009.

In the U.S, it is typical for FBI agents and prosecutors to sit down at the beginning of an investigation to discuss possible charges and investigative strategies. Historically, that collaborative process is less common in Central America—but thanks to programs such as CALEE, it is gaining acceptance.

During the recent three-week training program focusing on transnational gangs MS-13 and 18th Street, a federal prosecutor from Los Angeles who specializes in gang cases briefed the approximately 40 CALEE participants about recent prosecutions and investigative techniques in his jurisdiction, and he traveled with the group from Los Angeles to Houston and then to El Salvador.

El Salvador Attorney General Luis Martinez assigned prosecutors to brief the group in San Salvador and embraced the concept of his office and the police working together from the beginning of an investigation. “Gang members are terrorists who have penetrated our institutions,” he said. “We have to fight this for a better future, for the well being of our families.” 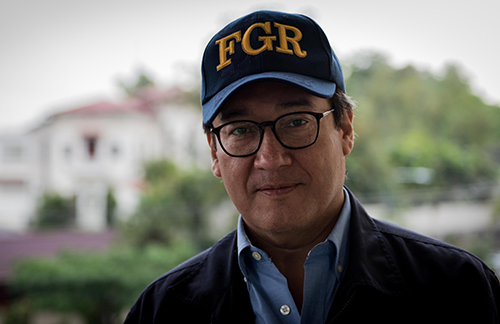 Also in attendance during the El Salvador portion of CALEE was Sean Torriente, a U.S. Department of Justice (DOJ) prosecutor who is part of a special program in Central America. “I am in El Salvador working with the local police, prosecutors, and judges to help develop their judicial system,” he said. “The mission is to strengthen the rule of law within El Salvador and also to establish partnerships with local police, prosecutors, and judges that will be beneficial to U.S. cases.”

Torriente is part of DOJ’s Office of Overseas Prosecutorial Development and Training (OPDAT). “We work with anti-gang prosecutors in El Salvador on their cases,” he said. “We mentor them on techniques that have worked on our cases, with the idea that the things that work for us in the U.S. may work for them. And they help us build our cases as well.”

There are currently three OPDAT prosecutors in Central America. “Most of the crimes here—whether drug trafficking, extortions, or murders—have some kind of gang involvement, Torriente said.” What the OPDAT program is doing, he added, “is setting a good example of how close relationships with police and prosecutors can help benefit cases. So far, it’s been a great success.”

Since the first CALEE six years ago, approximately 300 U.S. and Central American police officers have trained together and become part of a network that share information and help each other with transnational gang cases. Now, with the addition of prosecutors, that network is expanding.

Nearing the close of the most recent session, FBI Special Agent Julian Igualada, who works gang cases in El Salvador, noted that CALEE participants “will depart El Salvador in a few days with a better understanding of what it takes to investigate these international criminal matters committed by the gangs. They will also have the ability to reach out to officers who do the same thing in Panama, Guatemala, Honduras, Belize, Mexico, and the United States,” he said. “Being able to exchange information will help them disrupt and dismantle these criminal organizations.” 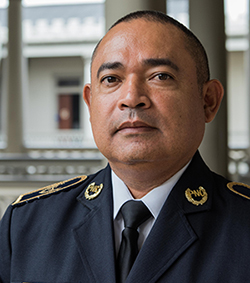 Mauricio Ramírez Landaverde
Director general of El Salvador’s National Civilian Police, has participated in every CALEE session and is a strong supporter of the international alliance to fight transnational gangs.

Because of the cooperation among governments and FBI assistance with training and the Transnational Anti-Gang Task Forces, Landaverde explained, “there is an exchange of information going on constantly. Not only can we resolve our own cases, we can collaborate—for example, to search for fugitives and capture them—on whatever is important to each country.”

“We are very thankful for this cooperation,” he said, adding that in the fight against the gangs, “it is one of the most important tools that we have.”