The new entity, which will replace the DEI, will be composed of qualified professionals who will undergo a rigorous selection process. 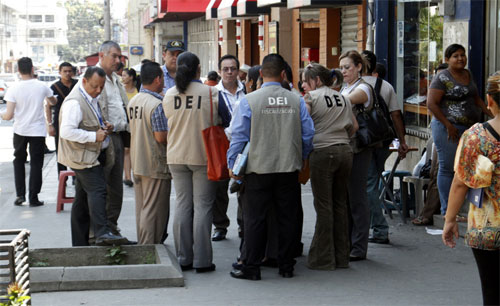 Although details are not yet known, the revision of decrees, fees, and agility in the process have been proposed for the new Honduras Tax Code.
With the new legislation, which was announced by President Juan Orlando Hernández over the weekend, seeks to ensure “tax simplification,” stated the head of the Ministry of Finance, Wilfredo Cerrato.

“to work together on a reform including rate review, decrees and all legislation,”

states a note on the Secretary of Finance website.

It indicates that the purpose of the development of the new reform is to ensure that the economy will grow and achieve the resources the “State” (Country of Honduras) needs to collect in order to meet their obligations, especially in social programs.

The president of the Honduran Council of Private Enterprise (COHEP), Aline Flores, said yesterday that the initiative is essential for Honduras to be competitive and create jobs.

“With the closure of companies, we realized that there was is no sufficiently strong structure in place. The institution of the DEI is very weak. They lack the ability to properly audit the different companies and especially the application of the laws are very ambiguous and contradict each other,” Flores said.

Rafael Medina, executive director of the Chamber of Commerce and Industry of Tegucigalpa (CCIT), said that the sector demands a reform that is way clearer and easier for taxpayers.

“We must gather together and simplify the laws because there have been too many changes over time, keep it simple.”

Referring to the new tax collection agency, “we expect it to be very professional; highly competent staff, well-paid and motivated and that the selection process is conducted independently,” said Medina.

“The DEI has to be closed to open a new institution with highly qualified people to pass the tests of confidence.”

The Honduras private sector welcomes the announcement of President Hernandez to reform the tax system, and announced the closure of the DEI in 2016.